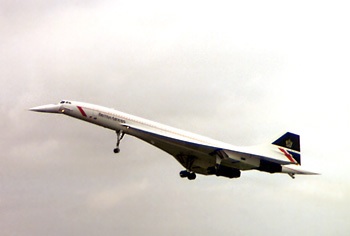 What do Concorde and TTIP have in common ?  Older readers may find this easy.

Concorde is now well-known not just as a technological dead end and commercial failure but most of all for the “Concorde Effect”: an example of sunk cost fallacy and the commitment bias, namely the tendency to go on pouring money and effort into something despite mounting evidence that it is a bad idea.

The latest evidence that TTIP is a troubled project comes not from Germany where it has long been socially and politically unpopular but from the UK where most business associations are at least nominally in favour of it and the Government has been a strong proponent.  A YouGov poll published on 1 June shows that only 14% of UK SMEs – Small and Medium sized Enterprises – think TTIP is a good idea for them.  Seeing as being good for business is a major plank of the political case for TTIP and 99% of UK businesses are SMEs, you’d think this might give the UK Government pause for thought but maybe not.  Remember Concorde.  As Wikipedia puts it:

The sunk cost fallacy is in game theory sometimes known as the “Concorde Fallacy”, referring to the fact that the British and French governments continued to fund the joint development of Concorde even after it became apparent that there was no longer an economic case for the aircraft. The project was regarded privately by the British government as a “commercial disaster” which should never have been started and was almost cancelled, but political and legal issues had ultimately made it impossible for either government to pull out.

Campaigners against TTIP, who either want it stopped altogether or radically revised, have undoubtedly been making headway but that doesn’t mean it will be abandoned.  At least probably not by governments suddenly having a ‘change of mind’.  Too much political face is at stake for most of them to admit that.

In such circumstances, campaigners need to keep up the general pressure but focus efforts on steps which can actually stop the project.  “Winning the argument” may be one of the tactics least likely to succeed, as, in most countries, will be massive public opposition: TTIP is simply too abstract for most people to want to make opposing TTIP a daily activity.

Much more likely to succeed is some sort of technicality which sidelines or trips up the project, or simply puts it ‘on ice’ or ‘in the long grass’.   Ninder Johal, the Chair of the Business Growth Foundation, which commissioned the YouGov poll, has called for TTIP negotiations to be frozen.  Not a bad idea.  It is also more than possible that once current US President Obama is no longer in office, the American political enthusiasm for TTIP will evaporate.  The main problem is momentum, for example because TTIP has become a whole industry of hundreds of well-paid negotiators but then they are mainly on contract and can simply be laid off.

Politicians in some governments, such as the French, have already started openly talking about walking away from TTIP but while it is stricken, the project is far from dead.

Meanwhile here are some indicators of the state of political commitment that TTIP watchers might bear in mind if and when politicians start manoeuvring to allow TTIP to quietly slip from their to-do list.