Was Opposition to TTIP Anti-Americanism After All ?

Was EU civil society’s opposition to TTIP mainly motivated by anti-Americanism ?  We should know the answer to that question by how NGOs and other critics of TTIP react to CEUCIA, the forthcoming investment agreement with China, argues Richard Elsner 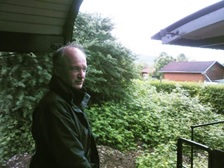 As just about everyone already knows, President-elect Donald Trump announced last Monday that his administration will withdraw the USA from the Trans-Pacific Partnership (or TPP), the trade agreement which the USA and 13 other Asian and American nations have agreed to.  TPP was the key economic component of the Obama administration’s declared “pivot to Asia”, but was seen by a few sceptics (like the author of this blog) as a wrong-headed attempt to commercially isolate China. TPP was needed, so said the Obama administration, to prevent China from “writing the rules” of trade.  Lest anyone forget, China is the world’s largest exporter, has the world’s largest economy (in purchasing power terms) and owns some 2/3rds of US debt.  Isolate China?  Trump has had the good sense at least to shy away from such self-defeating policies.

A ‘Rush for the Door’

What some people may not yet be aware of is that Trump’s statement early last week was followed by a mad “rush for the door” (TPP’s, that is) by no fewer than five of countries in the TPP ‘camp’ (namely Chile, Peru, Japan, Vietnam and the Philippines).   Where were they rushing to, then?  They were headed straight for the front door of the Regional Comprehensive Economic Partnership (or RCEP), a rival trade organisation set up by China in 2012, as an alternative and counter to TPP, from which it had been intentionally excluded by the USA.  The RCEP consists of the ten member states of ASEAN (the Association of Southeast Asian Nations) plus the six states with which ASEAN has existing trade agreements (which includes the two Asian economic giants of China and India).

Former Australian Trade Minister Craig Emerson reportedly said last week: “The symbolism is clear: The US has abandoned Asia, the ‘pivot to Asia’ is dead, and China’s influence over the region’s trading is secured”.  So, in wake of Trump’s assumption of the Presidency in January, it can be assumed that China will swiftly achieve the institutional and global political heft that Gideon Rachman foresaw in his insightful book “Easternisation” (2016, Bodley Head).  Rachman forecast that such a shift would gradually flow from the economic power which China has accumulated over the past 30 years or so, only now it could happen quite suddenly.

If Trump remains true to his word that his administration will only enter into bilateral trade agreements in the future, then the Trans Atlantic Trade and Investment Partnership (or TTIP) would appear to be off the table.   TTIP has been under negotiation between the USA and the EU since early 2013.  Opposing it became something of a cause célèbre for European civil society, which successfully mobilised over half of the public opinion in several European countries (most notably Germany and Austria)against it.  This opposition was fuelled most strongly by widely-shared concerns about the inclusion in TTIP of arbitration tribunals called the Investor-State Dispute Settlement (ISDS) or the Investment Court System (ICS) through which individual companies can sue countries for alleged discriminatory practices (eg arising from new regulations passed by Parliaments).

Now that a deal with the USA is almost definitely off, the EU will doubtless task its trade negotiating teams to try to finalise the investment deal it has been negotiating with China since early 2014, known as the Comprehensive European Union China Investment Agreement (or CEUCIA)[i].  Few NGOs, journalists or politicians in Europe seem to have even heard of this agreement. While, according to Eurostat data[ii], only 2.6 % of the total 2012 flow of foreign direct investment (FDI) into Europe came from China, it is growing fast: According to the Rhodium group, “by the end of 3Q 2016, China’s outbound Foreign Direct Investment (FDI) was up by 54% year-on-year…Driven by the $4.8billion acquisition of German robotics maker KUKA, the combined value of Chinese FDI transactions jumped to $7.5 billion in Q3 2016, up from just $3.8 in 2Q…it is very likely that Chinese investment in the EU will surpass the $20 billion mark again in 2016”

When it announced the start of negotiations with China, the European Commission stated that the main aims of this agreement would be to protect investments made by either Chinese or European investors, and to guarantee the legal  ‘certainty’ of investment (the rights of foreign investors relative to national ones).

China will support their arguments, as it also supports ISDS.  Since joining the World Trade Organisation in 2001, it has complained against other states on 13 occasions, mostly against the USA, using the WTO arbitration procedure[iv].  Chinese investors have also made regular use of the World Bank’s arbitration court system (known as ICSID)[v] to take states to task and to seek compensation.  In its negotiations with Australia leading up to their 2015 trade agreement, China prevailed despite Australian reservations to have an ISDS protection mechanism included[vi].   Rather than operating from different rules, as the Obama administration has alleged, it looks like China has been working from very similar ones for over a decade!

If the EU and China include ISDS/ICS in a future investment agreement between them, how will the following questions get answered?

This sceptic would struggle to see the logic of it. 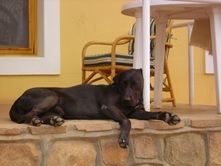 Richard’s dog remains sceptical on this, as in many other matters.

Richard Elsner lives in Germany.  He has been an activist on trade matters for a number of years.  The views expressed in the blog are purely his own.

1 Response to Was Opposition to TTIP Anti-Americanism After All ?