An overwhelming majority of the UK public wants to see plastic phased out except for essential uses, according to a survey of over 1000 people reported here.  83.9% agreed that ‘Because of the pollution/harm it causes, plastic should be phased out except for essential uses’ in a nationally representative survey fielded for CDSM (Cultural Dynamics Strategy and Marketing) in February.  39% agreed ‘strongly’.

Public appetite to see the back of plastic follows huge concern at the impacts of plastic pollution revealed in David Attenborough’s top-ranking BBC series Blue Planet 2, and revelations about the penetration of of microplastic fragments into food, water, wildlife and the environment.  As argued in a previous blog, a policy of phase-out while allowing only essential uses (such as medical and safety-critical applications if there is no alternative),  would match the emergency scale and scope of the problem in a similar way to the successful Montreal Protocol model, used to curb ozone-destroying CFCs.

Experts have also pointed out that unlike for some other substances, currently feasible plastic recycling cannot be truly closed-loop so it only delays, and does not stop pollution of the environment.  Consequently it only makes environmental sense in the context of a production phase-out.

The survey shows that the public is way ahead of the UK Government which has so far only proposed ‘working to a target of eliminating avoidable plastic waste by end of 2042‘.

Unlike on numerous other environmental issues in Britain, values groups are pretty much united in backing a phase out of plastic: 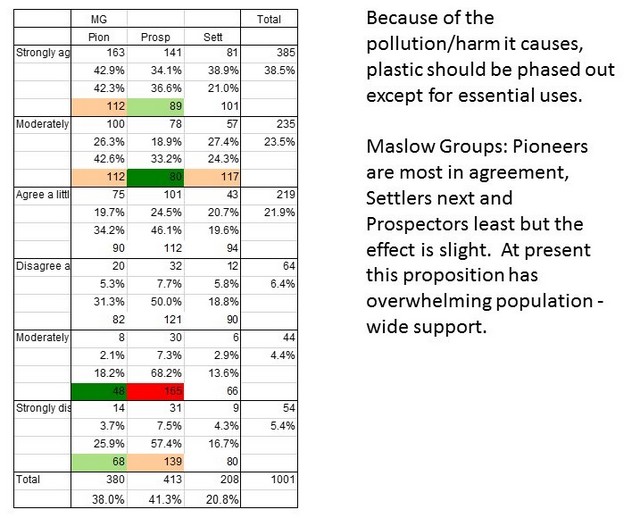 Coloured indexes show significant values differences (warm colours indicate over indexes  on a response taking into account the size of the values group in the population).  Although Pioneers over index by 12% compared to the population average on ‘strongly agree’ and ‘moderately agree’, these are slight effects given the overwhelming ‘vote’ to agree that plastic should go, with essential use exceptions.

In campaign or policy terms this means that the subject is already ‘normed’, and public backing is likely to be strong and ‘across the board’.

The most marked difference concerns age, and here it is mainly just in strength of concern.  There is no sign of significant opposition: 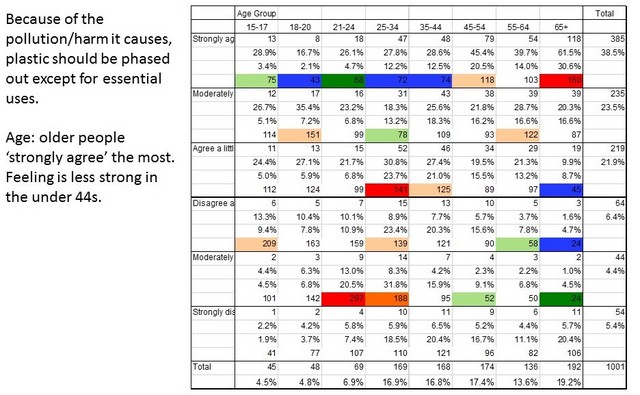 The only significant trend is in older people most opting to ‘strongly agree’. 21-34 year olds over index amongst the ‘moderately disagrees’ but large majorities of all age groups ‘agree’. 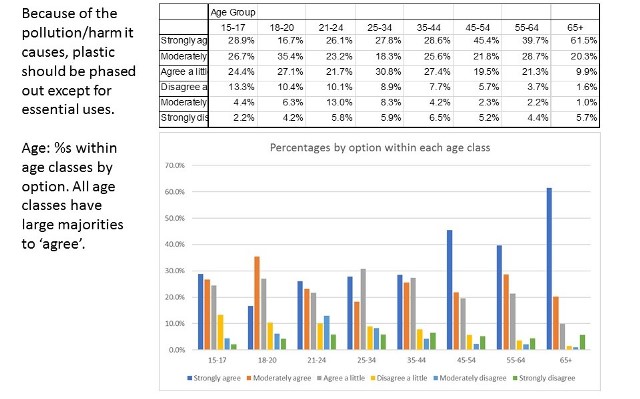 Despite age differences, a majority in all age classes ‘agree’ with a phase out with essential uses.    On a purely demographic basis, the skew to older voters agreeing more strongly may concern Britain’s Conservative Government as that matches the age-profile of its voters. 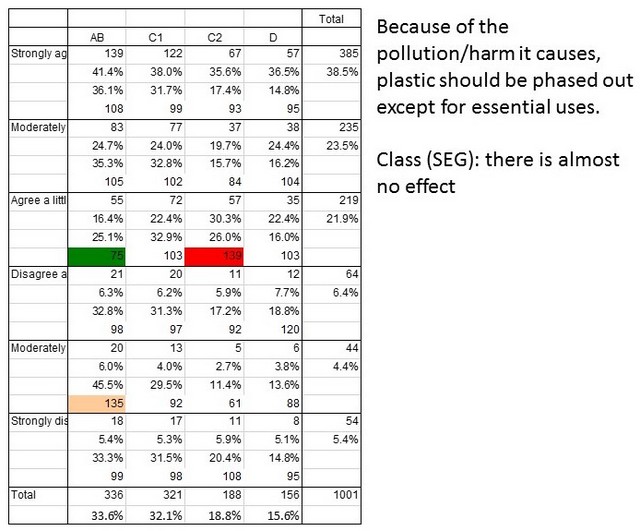 There is no class effect.  Wanting to phase out plastic is not a ‘class issue’ which perhaps explains why the Labour Party does not seem very interested in it? 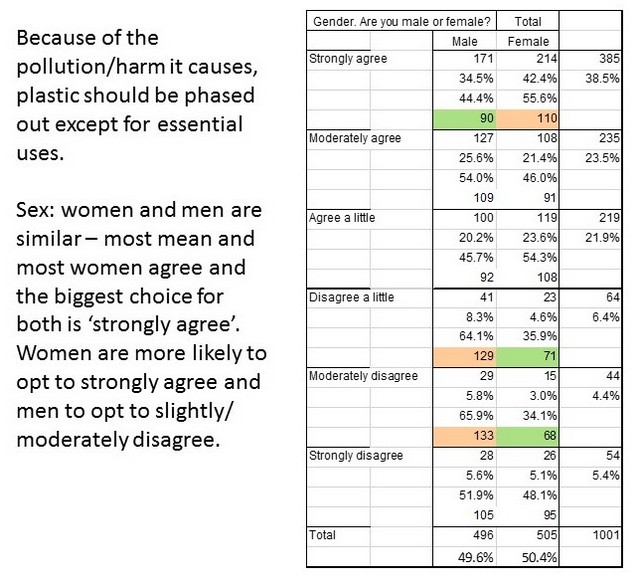 As to sex, women are more strongly in favour of a phase out then men, while men are more represented in the small numbers opposed but overall both sexes are overwhelmingly in favour.  It’s not a gender-divisive issue. 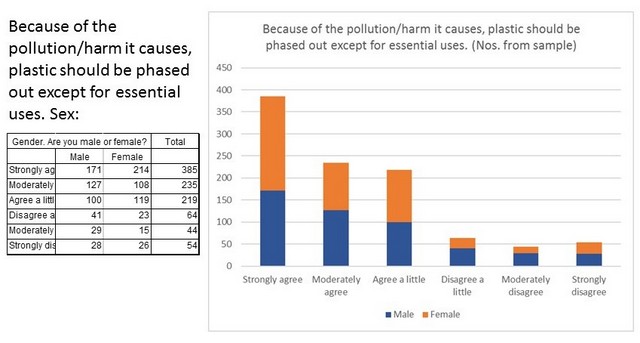 At a detailed level (Values Modes) the values groups most likely to lead most campaigns on environmental issues, the Transcender and Concerned Ethical Pioneers, both over index on ‘strongly agree’ but overall the values differences are small. 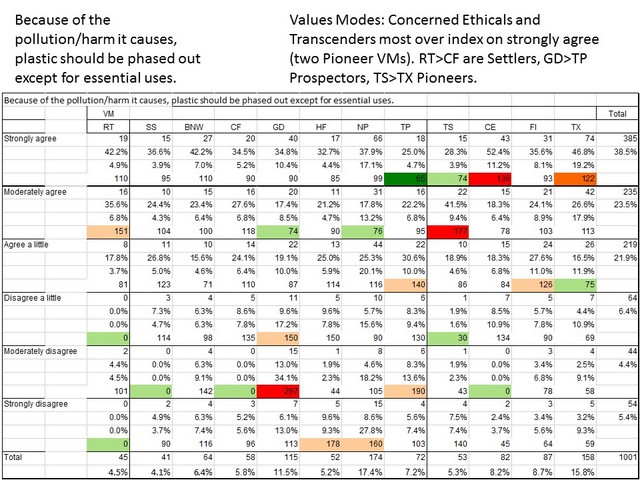 A distribution like this means that there is no obvious potential for a phase out of plastic to become a divisive issue.  I’ve seen a lot of values surveys on high profile issues but it rare to see one with so much broad and deep agreement.  The fact that this may seem to have ’emerged from nowhere’ and does not have a legacy of contested campaigns behind it, may have something to do with that, along with sheer salience: plastic is ‘everywhere’.