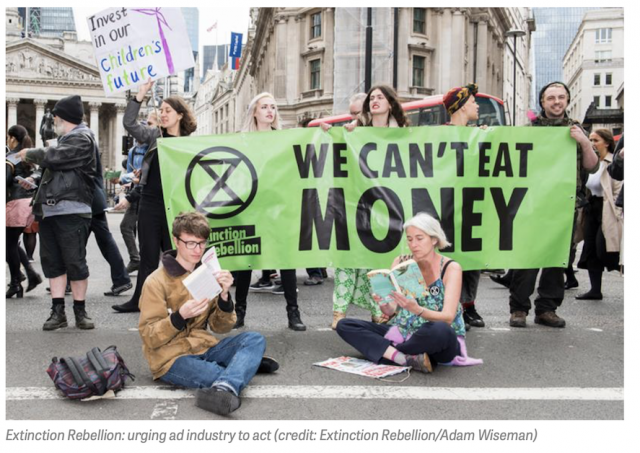 As Extinction Rebellion ponders its future and conducts a re-strategizing exercise, at least in the UK, it faces the prospect of perhaps having to gain the support of a broad based majority rather than a narrow segment engaged in sustained activism.

XR’s current theory hinges on overthrowing government in order to bring about wholesale change to resolve the climate emergency, on the assumption that a non-violent rebellion by 3.5% of a population is highly likely to succeed.  But that derives from Erica Chenoweth’s study of revolutions aimed at overthrow of dictatorships and totalitarian regimes actively oppressing a population. 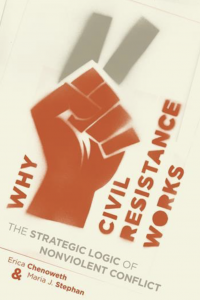 In contrast ‘XR’ is most active in democracies used to a free press, politics and campaigns.  They might be grumbling and fed up and be worried about climate change but they don’t feel they’re actively oppressed and that revolution is their only way out.  So an increasing number of critics, external and internal, (eg here, here,here and here) have pointed out that the ‘magical’ 3.5% rule probably will not apply in democracies, even if XR could succeed in mobilising several million people rather than tens of thousands it has to date.

I’ve been looking at the very interesting strategies of XR(UK) and the associated activities of Greta Thunberg and the amazing school strikes and hope to post more on it shortly but if XR’s to continue and succeed in winning a broader social madate and, or, in working with the much wider army of NGOs, businesses and politicians also very active on climate change, it will need to start thinking more about practical politics. 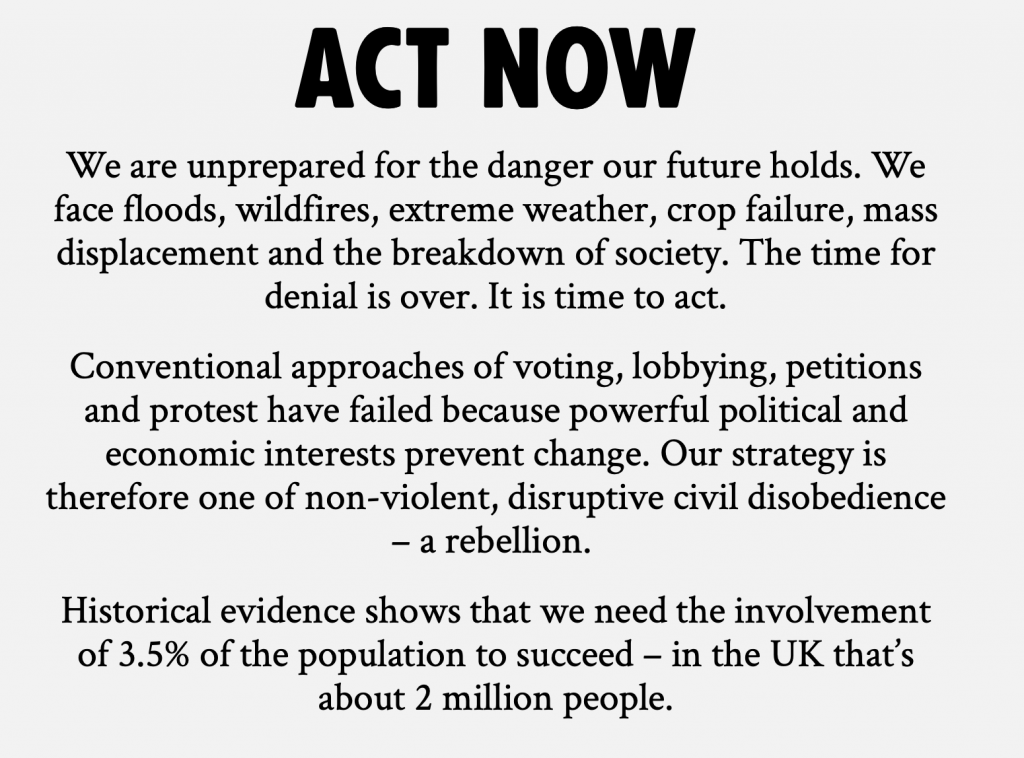 Gail Bradbrook of RisingUp! and a leading founder of XR once said (video) “we don’t need to convert the Daily Mail readers thank goodness”.  True perhaps for a 3.5% vanguard but not true if you want to build a broad majority of support for a ‘rebellion’, or what you hope will follow (the conclusions of Citizens Assemblies on climate).  XR has also made almost a fetish of promoting a sense of doom, gloom and grieving, rejecting ‘positivity’ and denying that campaigns and government have had any useful effect – solutions denial.  This is not motivating to most people, and not politically attractive.  So a rethink might need to be quite radical.

That’s a long story but one small thing that might help is the ‘Political Checklist’ produced by public affairs exec Simon Bryceson.  I first shared this back in 2005 in Campaign Strategy Newsletter 13 but as it’s short, relevant and applies more widely (even though it refers to some UK political processes).  It shows things from a politician’s point of view. Here it is.

HOW INTERESTING TO THE POLITICAL PROCESS IS THE PROJECT ON WHICH I’M WORKING?

UNIQUENESS: The political process is crucially concerned with the new. If your proposal appears to be a way of doing more efficiently that which is already done, it will be an administrative rather than political issue. You may find sponsors, you won’t find champions.

INTERNATIONAL COMPARISONS: The above not withstanding, politicians love to show that their radical idea works very effectively elsewhere.

COST: Is this proposal likely to be financially viable? A standard process of financial assessment, not to be confused with Treasury assessment. (See below).

TIMESCALE: Are the alleged advantages of this scheme likely to appear on a timescale relevant to other factors? A project that is likely to encounter electoral opposition but not come to fruition before the next election is unlikely to be thought ‘interesting’.

PERSONAL ADVANCEMENT: Will sponsoring this proposal benefit my personal reputation? Is it an issue I am historically, and positively associated with? Can I take ‘ownership’ of the issue and, if so, how bad might the downside be?

MEDIA FRIENDLY: Is this an issue that the popular press are going to like/take an interest in? No publicity is normally perceived in politics as no advantage.

ELECTORALLY ACUTE OR DIFFUSE:  “There is nothing more difficult to take in hand, nor perilous to conduct, or more uncertain in its success, than the introduction of a new order of things, because the innovator has for enemies all those who have done well under the old conditions, and lukewarm defenders in those who may do well under the new” Niccolo Machiavelli. 1532.

WRONGFOOTING THE OPPOSITION: Politicians have an inordinate interest in their continued occupation of office or the rapid acquisition of it. This, of course, is entirely a matter of the public interest since the other lot are so awful one has a duty to prevent them holding office if at all possible. If your proposal embarrasses the opposition it will have interesting aspects.

TREASURY POLICY: In most modern countries there is Government policy and there is Treasury policy, the trick is to be in accord with both whilst noticing that they are rarely the same.

ELITE SUPPORT: Will a clever dick who knows something about the area catch me out? Have the proposers of this idea checked to see where informed opposition might come from and indicated how it might be minimised?

PARTY FUNDRAISING: Politics is a very expensive game; there is therefore a constant need to raise money. Can you show that your project has desirable implications for this process? 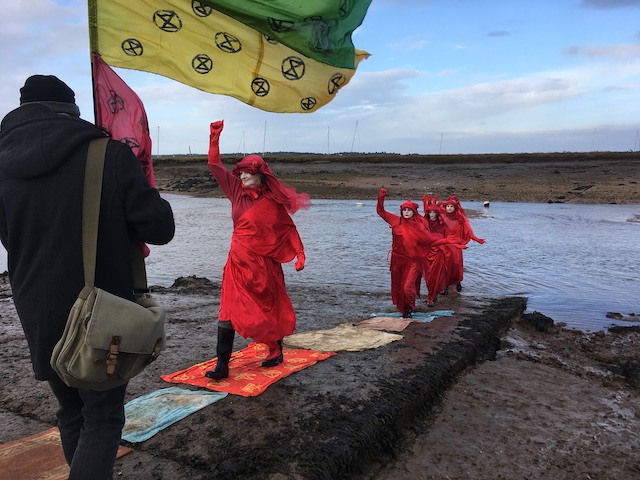