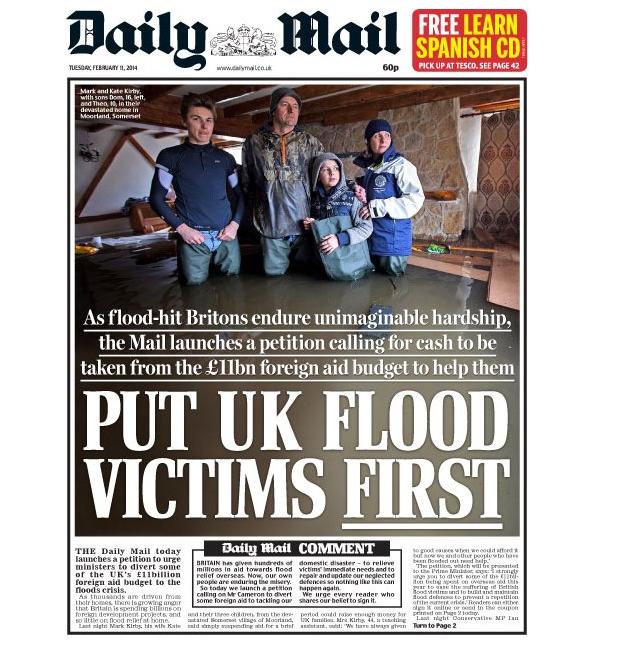 The UK is currently suffering significant flooding, following unprecedented rainfall.  The climate-sceptic newspaper the Daily Mail has begun a petition, closely aligned to the demands of the anti-European party UKIP, to recall UK Overseas Aid to help the flood British victims.

This is a pure values ‘dog-whistle’, guaranteed to polarise debate by pitting Golden Dreamer Prospectors and Settlers, against Pioneers.  Presumably the Mail‘s intention, apart from resonating with the values of its frequent readers, which it does (below), is to drive the Conservative-led UK Government further ‘right’, in fear of UKIP (whose electoral base is strongly Settler). 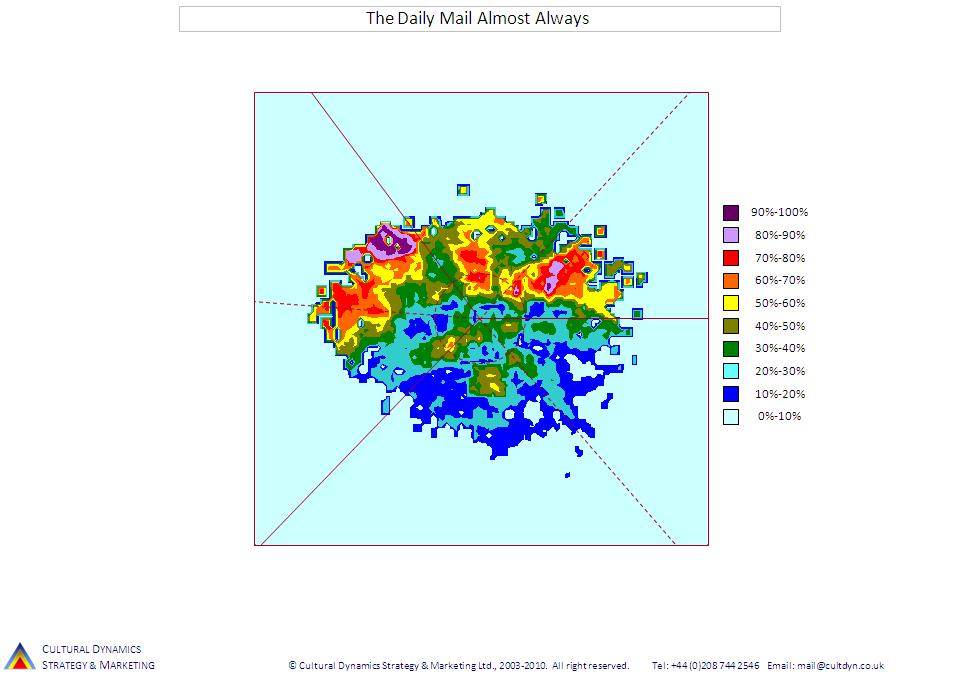 The values antagonism this plays on is ‘power versus universalism’, discussed in earlier blogs.  At the top left of the values map (above) are the Golden Dreamers, Prospectors who, along with the ‘Brave New World’ Settlers located next door in the Settler part at the top of the map, espouse values including “material wealth” (getting it) and “power over others”.  This most often manifests itself as resisting power-by-others-unlike-me-over-me or over-us.  Both power and wealth are perceived as a zero sum game – if someone else has it, I’ve must have less of it.

This part of the values map is also the seat of climate scepticism.  These factors come together in the Daily Mail‘s well-timed clarion call to ‘get our money back off foreigners’. 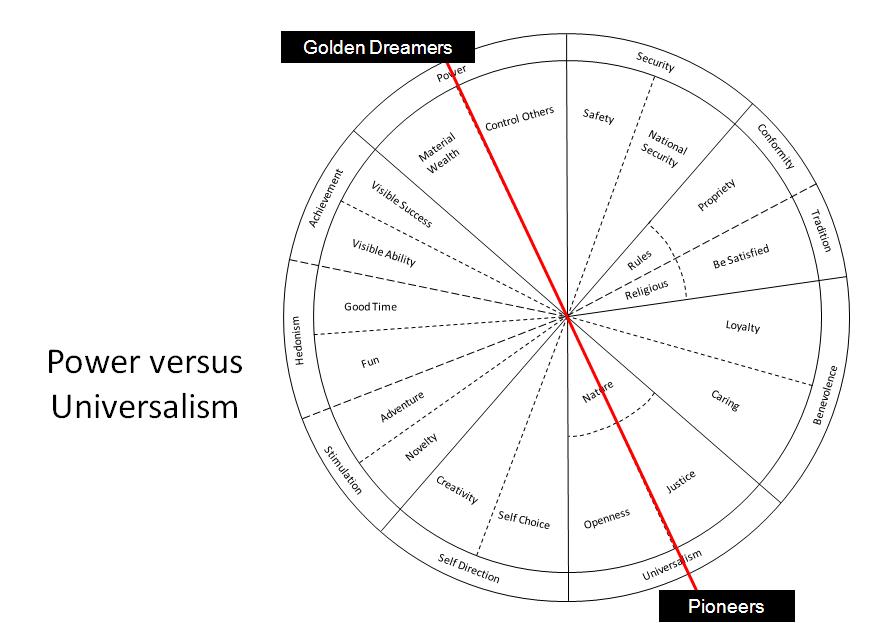 Footnote:  Predictably this has already sparked a counter petition cut fossil fuel subsidies, not foreign aid, for flood victims relief inspired by universalism (stopping global climate change).  The more the debate kicks off along these lines, the greater the polarisation.  If the second petition (which I have signed) was instead about “getting our money back from coal and oil companies” it might appeal to the same values as the Mail one but as it does not offer a very direct benefit to UK flood victims, it probably won’t even get noticed in Daily Mail land.