Update on Nightingales 15 May

Bryony from 38Degrees and I handed in the petition to the BBC. 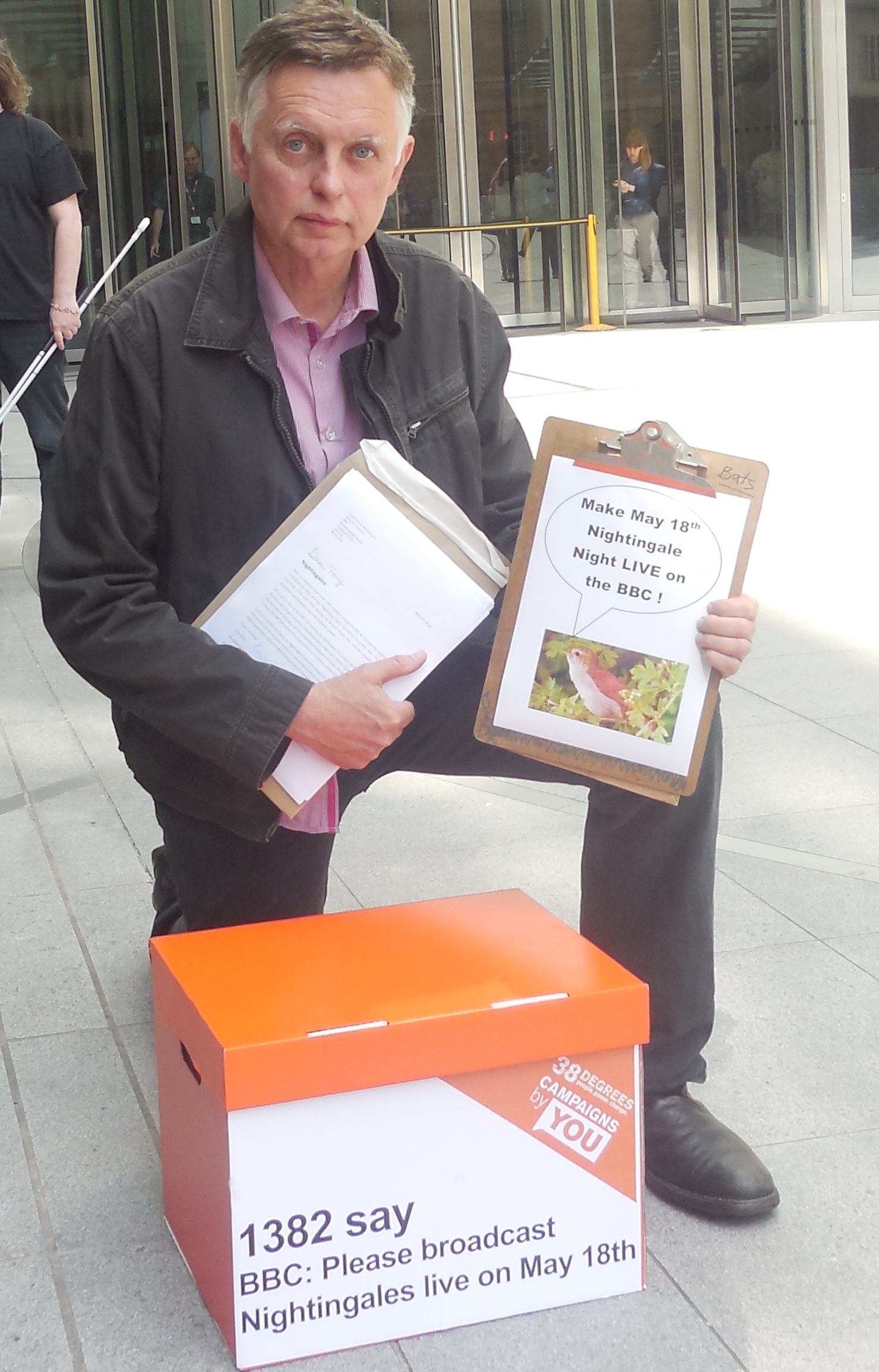 Hello – a recap on what happened. Bryony from 38 Degrees and I handed in the petition. Over 1400 signed it in the end.  The BBC never did a live Nightingale Broadcast but did a pre-recorded programme.  So we had half a success and raised a lot of awareness and generated evidence of how much people care about these wonderful and threatened birds.  Thank you for all your wonderful comments and recordings. you can still listen to some of the recordings at SoundCloud (https://soundcloud.com/nightingale-night).

I hope to encourage bird and conservation groups to back a National Nightingale Night next May, 2015. I will email the signatories of the petition to keep them informed. Meanwhile if you hear a ‘Nightingale’ in the UK between now and next may, it is probably a Robin or a Song Thrush.  Robins often sing at night even in winter, where there are town streetlights.  This is not really good for birds as it is disrupting their natural behaviour but their song is beautiful.  Meanwhile you might also be interested in this: Why Our Children Are Not Being Connected With Nature 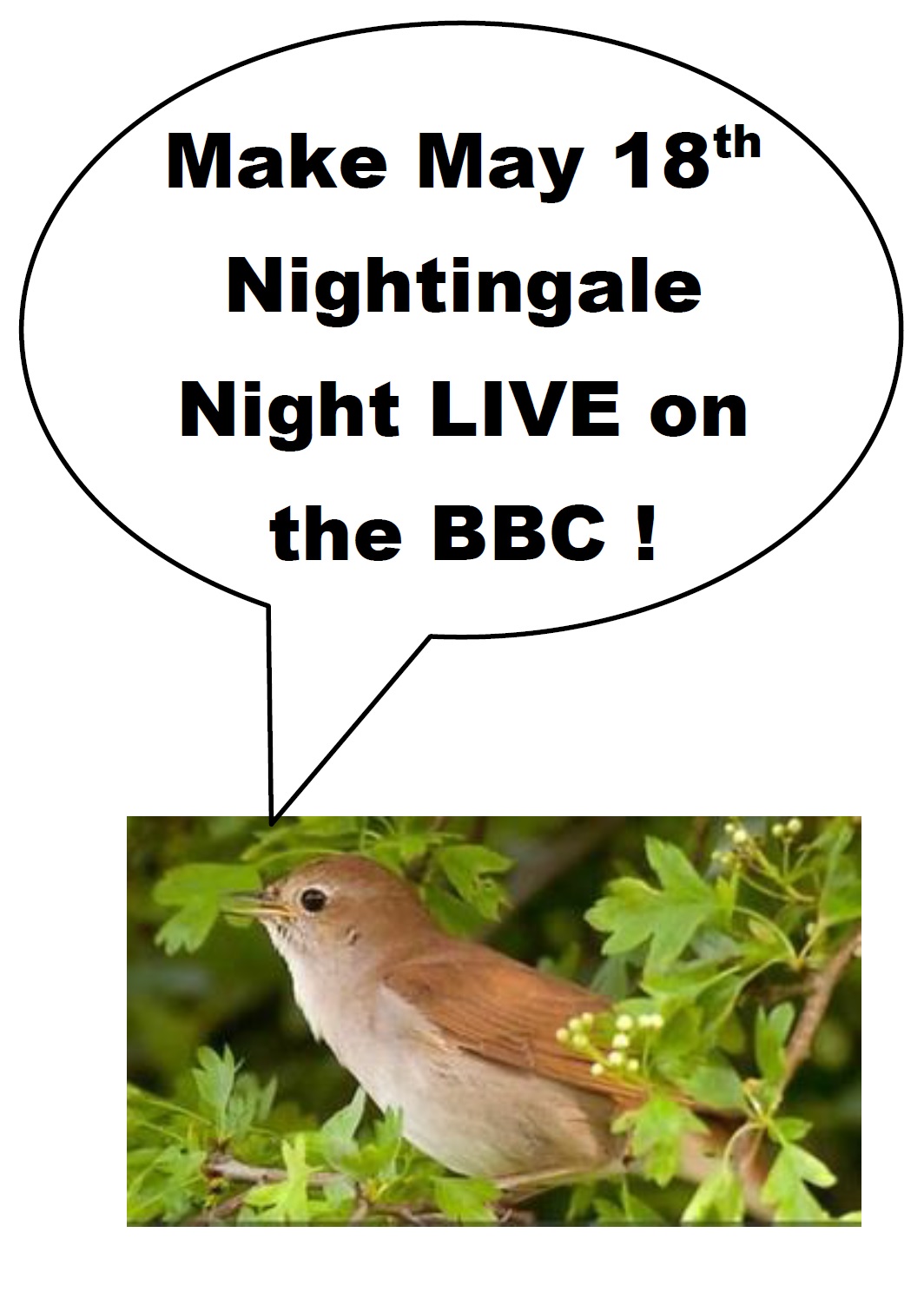 May 11 – Sunday Telegraph today reports that the BBC is going to re-create a Nightingale broadcast with cello player in a special programme on May 19th at 11pm on Radio 4.  A special tweet of the day will go out at 6am the same day.  All very good but is it live ? We don’t know yet as although we wrote to the BBC on April 30th we’ve not so far had a reply. 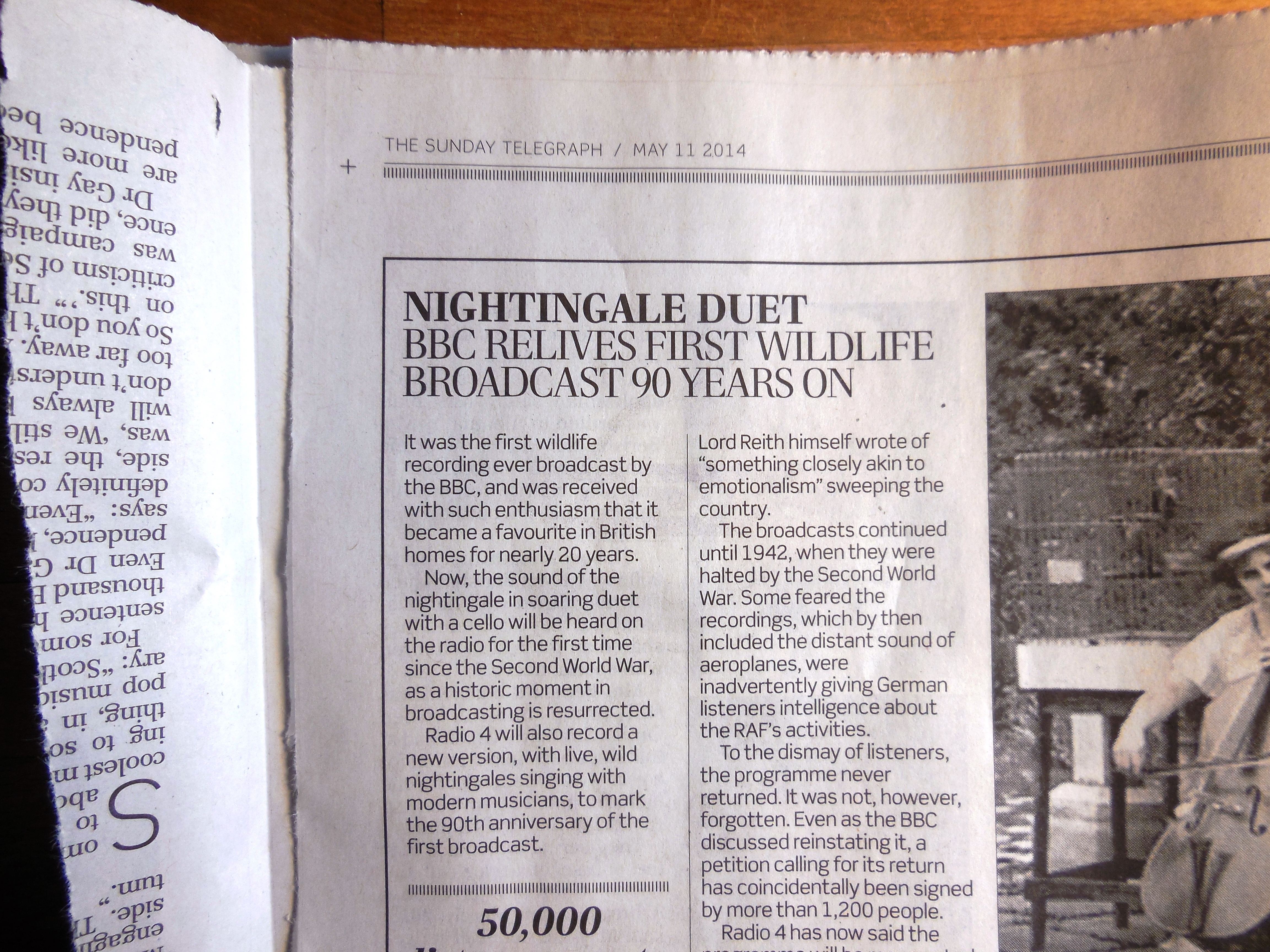 May 1 — Nightingales are arriving on British shores and thanks to the efforts of all who have helped, we’ve topped 1100 signatures today.  This is a great start but we need more to prove to the BBC that they should broadcast live on May 18th.  I hear they are talking about it but the more who sign up, the more likely they are to respond positively.  So please ask some more people to join us now, at https://you.38degrees.org.uk/p/nightingales

* For example Nightingale surveyor Mike Drew reports hearing seven singing nightingales at Grafham Water near Peterborough on 24 April – he tweets from @michaelmas79.  The BTO Birdtrack system www.birdtrack.net/ updates all sightings of migrant birds as they arrive – visit their webpage and put “nightingale” in the box to see their latest results.

Here’s the graph from earlier today: 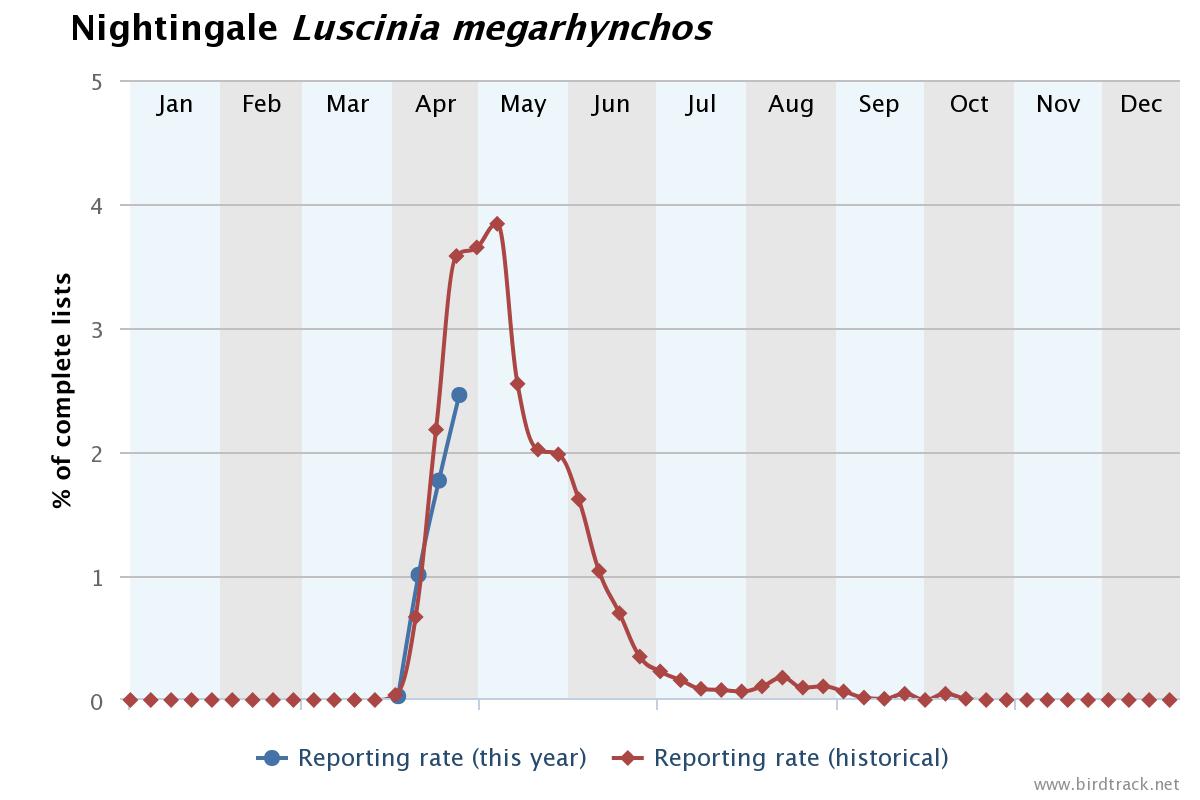 Not everyone is going to be able to get up at 5am like Mike to search out Nightingales, or lives near a favoured woodland to visit in the evening but if the BBC helped out, we could all share the experience – so please encourage friends, colleagues and relations to join us and sign up at https://you.38degrees.org.uk/p/nightingales