Why Our Children Are Not Being Connected With Nature

A recent Fairyland Trust survey reported that 85.2% of Britons agreed “it is vital to introduce young children to nature”.

On the face of it, this seems good news for groups such as those involved with this year’s National Children’s Day   (Sunday May 11) which focuses on ‘connecting children with nature’.

Yet the overwhelming support for a very must-do proposition, cannot reflect what is actually happening, as evidence suggests British children are not very connected to nature, and nor indeed, are their parents.

The reality seems to be that parents and grandparents, and even teachers, are no longer able to ‘introduce young children to nature’ in any meaningful way, because they can’t really see nature themselves.  The old inter-generational connections that passed on the ability to tell one wild plant or creature from another, and to understand where and why they might be found, have been broken.

We need a national campaign of remedial action, and something motivational that will appeal to a population which has grown used to being ‘nature blind’.  Such a drive needs to be big and multi-facetted, social and cultural not just straightforwardly ‘educational’, and to learn the lessons of marketing and other large-scale campaigns that have influenced public priorities.

My new report Why Our Children Are Not Being Connected With Nature1 sets out evidence, some of it new, some of it from our direct experience of engaging 70,000 people with the Fairyland Trust, some cultural and some from surveys, as to why Britain is becoming blind to nature and satisfied with an environment which is ‘green’ but increasingly sterile.

Values enthusiasts will find some evidence showing that the UK ‘conservation base’ is heavily skewed to Pioneer but ‘introducing children to nature’ has a much wider appeal.  Pioneers are 20.2% more likely to respond positively to being asked to introduce young children to nature, than just to ‘care for nature’ but for Prospectors this rises to 32.5% ‘uplift’ and for Settlers and even higher 34.9%.

Here are the report’s conclusions: 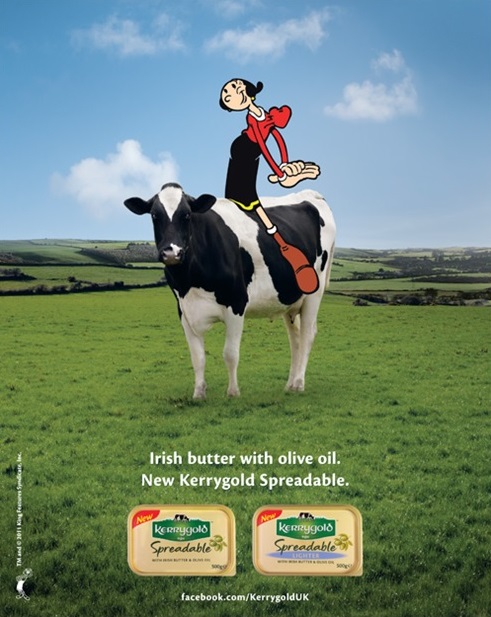 Modern nature-free farming: just grass, no flowers, insects or birds.  Nature (or rather the lack of it) in contemporary popular culture: connection broken. 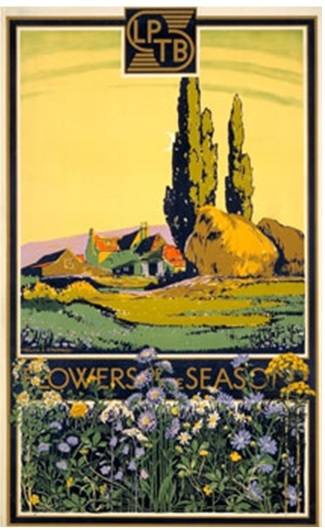 An advertising poster (for London Transport) from before the connection was severed.  The wild flowers illustrated are real, recognizable British species: nature-literacy which has largely disappeared from the UK.  See report for more examples.