Journalist Michael McCarthy published an article in The Independent newspaper this week attacking one wild plant (cow parsley) for smothering others.  Often this sort of thing is reserved for attacks on ‘aliens’ but cow parsley is a native.  Cow parsley’s tall white flowers make Britain’s characteristic roadside hedgerows look white and frothy in spring but McCarthy is right: this is not a good thing. 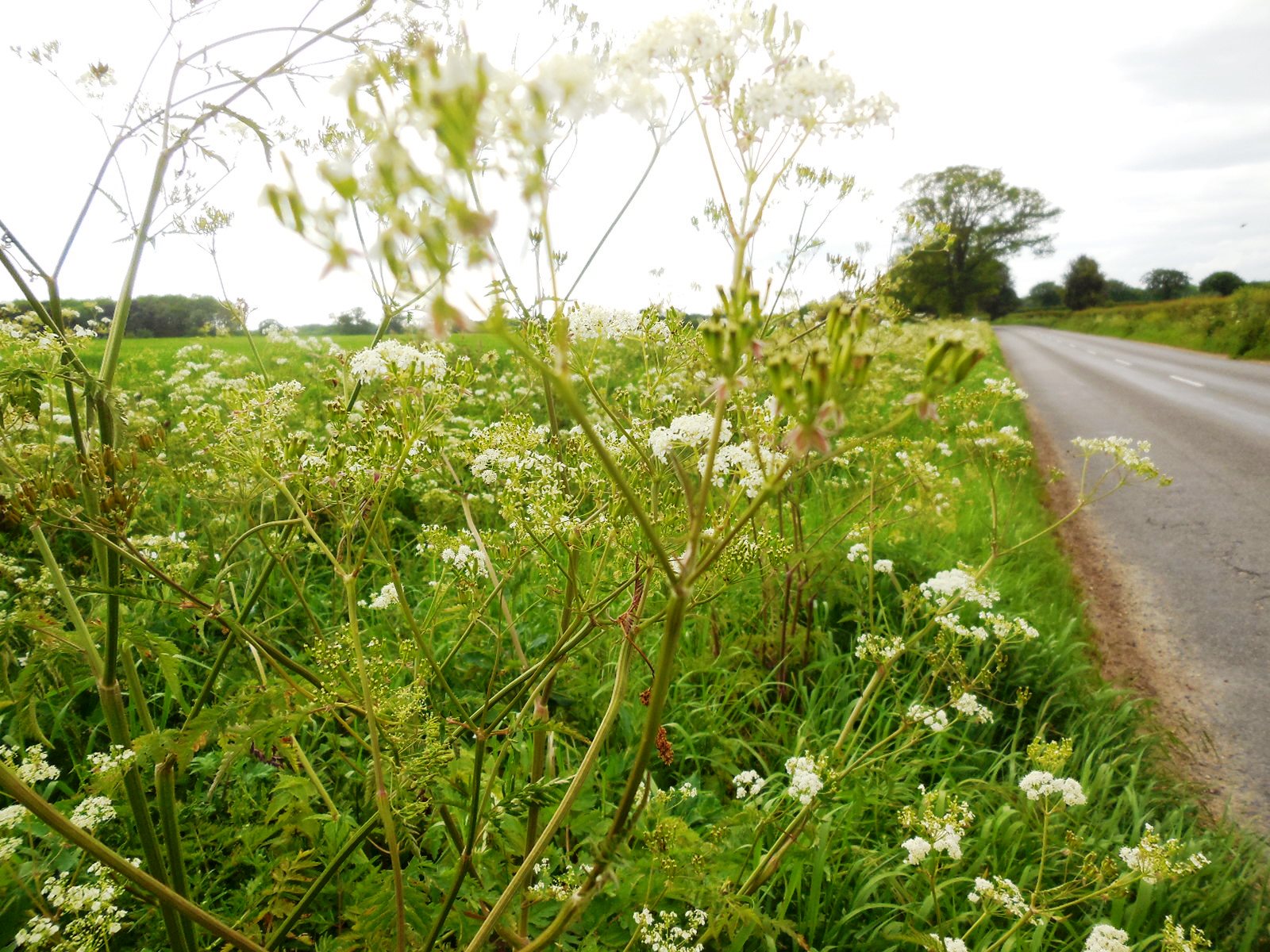 There’s too much cow parsley.  Along with a few other rank, fast-growing plants, it is  pushing out most of our native flora.  Slowly but surely, Britain is losing its rich, diverse tapestry of nature in favour of something closer to a monoculture, and much the same thing is happening in countries all over the world.

The cause is pollution, nitrogen pollution from farm fertilizer (eg the intensive arable land by the road above), and the fall-out from burning oil, coal and gas.  The nitrogen fertilizes, a few responsive species grow more quickly, and we lose the rest.  UK roadsides as enjoyed by previous generations had hundreds of species, and now many have just a handful.

Better management – cutting and taking away vegetation rather than cutting it and leaving it in a rotting mass – would help but in the end pollution also needs to be drastically reduced.  Meanwhile Britain gets blander, and not in a good, funny way as evoked by P G Wodehouse with his fictional town of Market Blandings and Blandings Castle but in a sad little noticed impoverishment.  It’s the Blanding of Britain, and almost completely ignored by conservation groups, Councils and government alike. 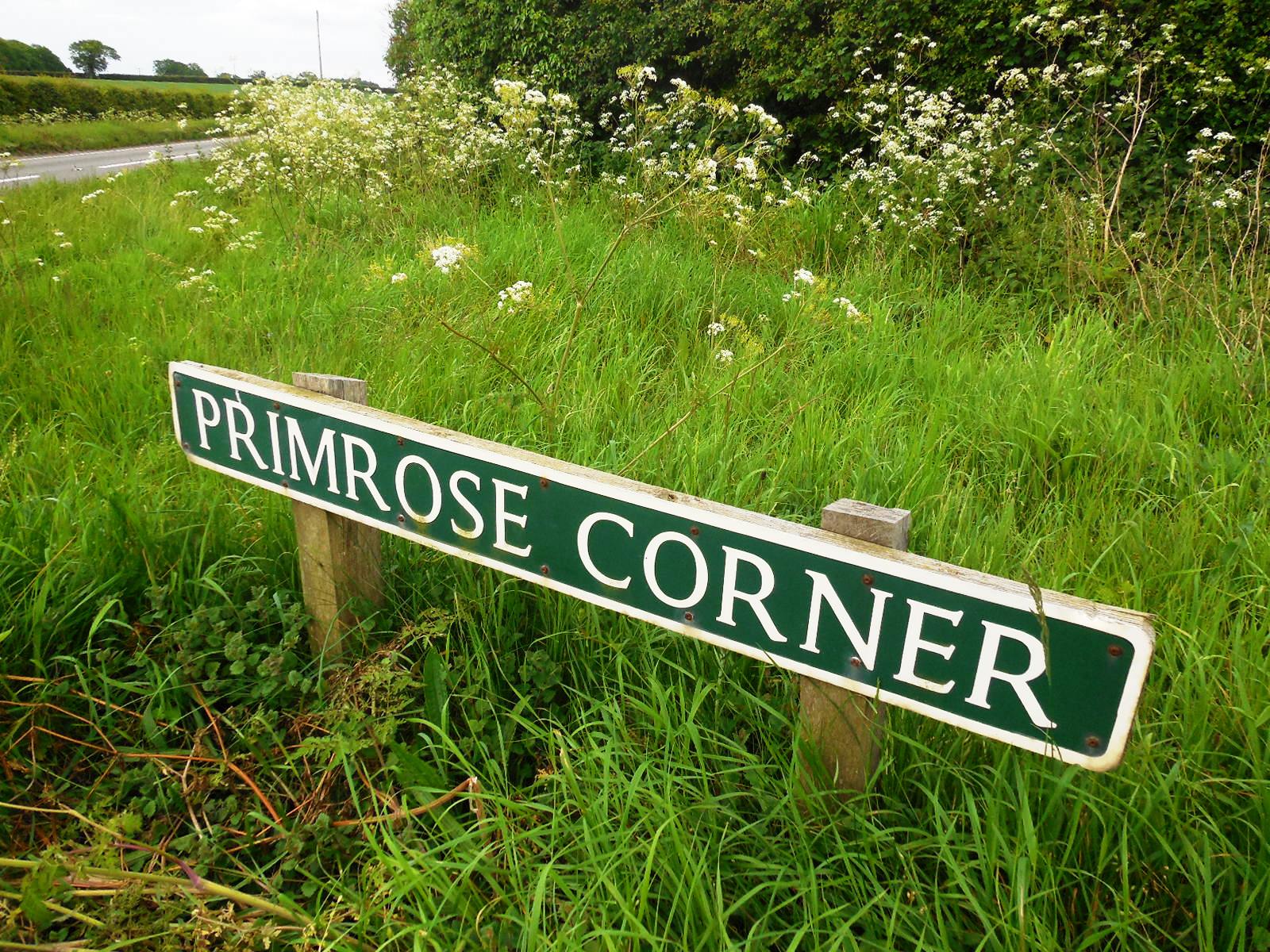 Today I drove across part of East Anglia and passed hundreds of miles of cow parsley.  Pretty in one way but as welcome as a bad tempered triffid if you want nature to survive. Here is some at a spot in Norfolk called Primrose Corner. I guess it once had primroses but none were visible today.  A few other plants hang on there but the place is getting overwhelmed by a few rank species, including lots of cow parsley. (Ok primroses bloom earlier in the year but there is no way they’d survive in vegetation like this).

Earlier this year I took a group of Workshop Leaders from the Fairyland Trust out for a day of ‘nature training’.   We had to travel tens of miles through cow-parsely infested lanes to find a stretch of verge which still has a diverse enough ‘flora’ to show them a variety of what the books still call “common wildflowers of the hedgerow”.   And that is in the officially designated North Norfolk ‘Area of Outstanding Natural Beauty‘.  So why don’t people notice ? Maybe some do but most have just got used to it, and now very few can distinguish one wild flower from another, so it’s ‘all good if it’s green’.

Here’s what Primrose Corner probably used to look like (another Norfolk roadside but a rare sight now): 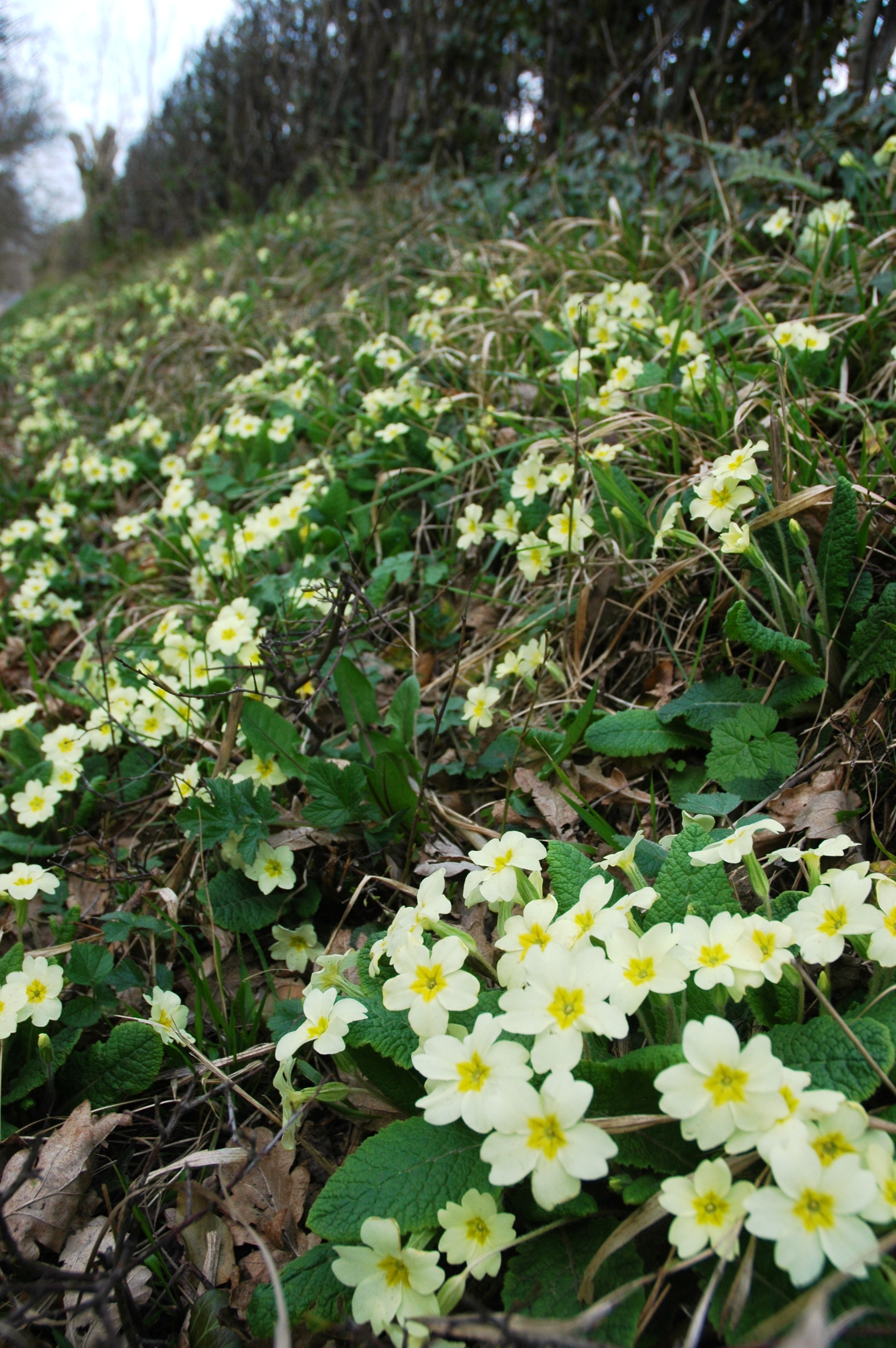 Does it matter ? Only if you’d like some real nature in your world, not just photos on blogs, paintings in books and nature in old place-names.  It’s not just the flowers.  Lose them, and so too go the insects, and the birds. 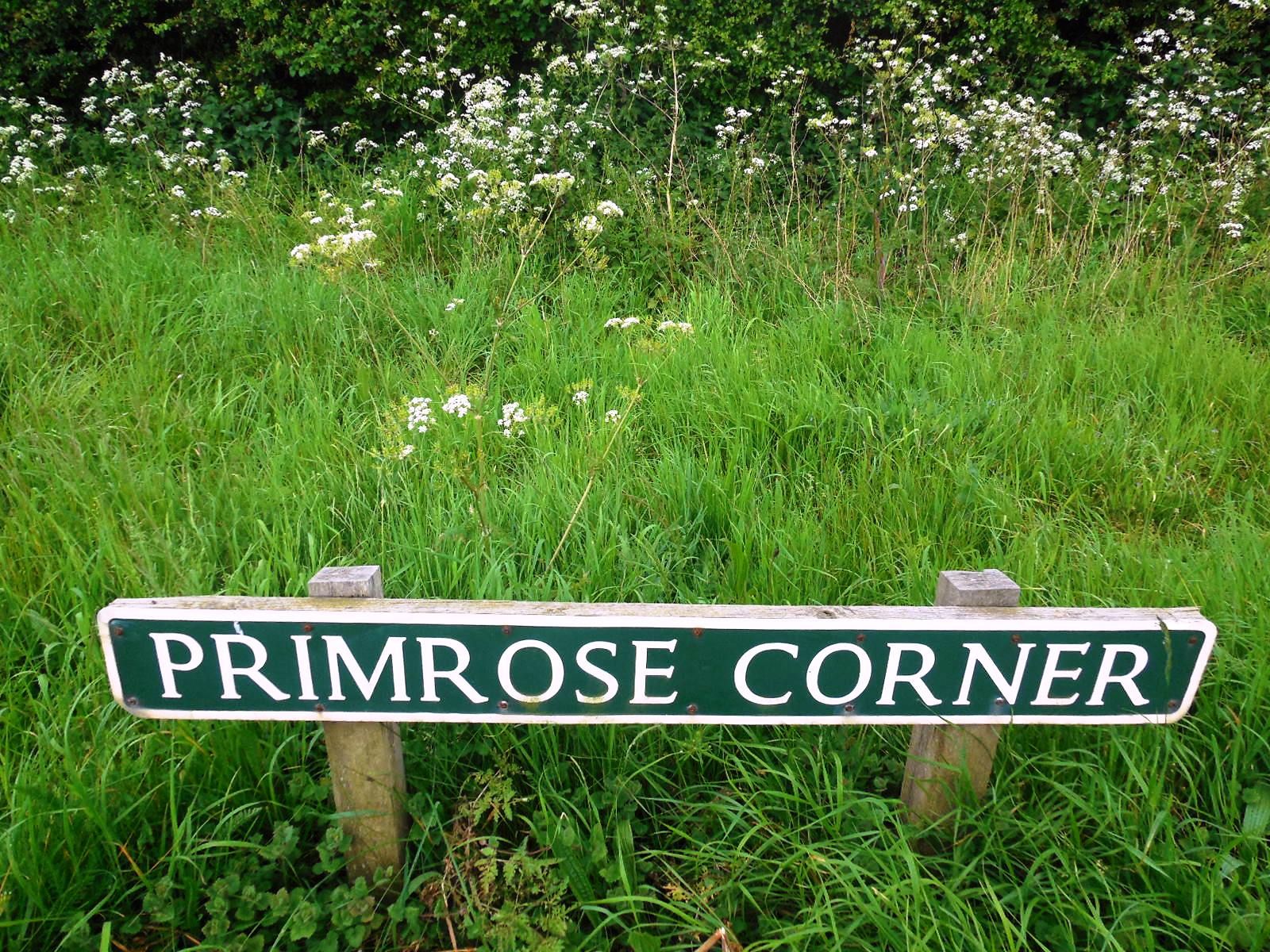 Politicians are always keen on a new Big Idea.  Maybe we should re-name Great Britain as Great Blandings ?  Has a ring to it, and easy to achieve.

1 Response to Blander Britain. No primroses at Primrose Corner