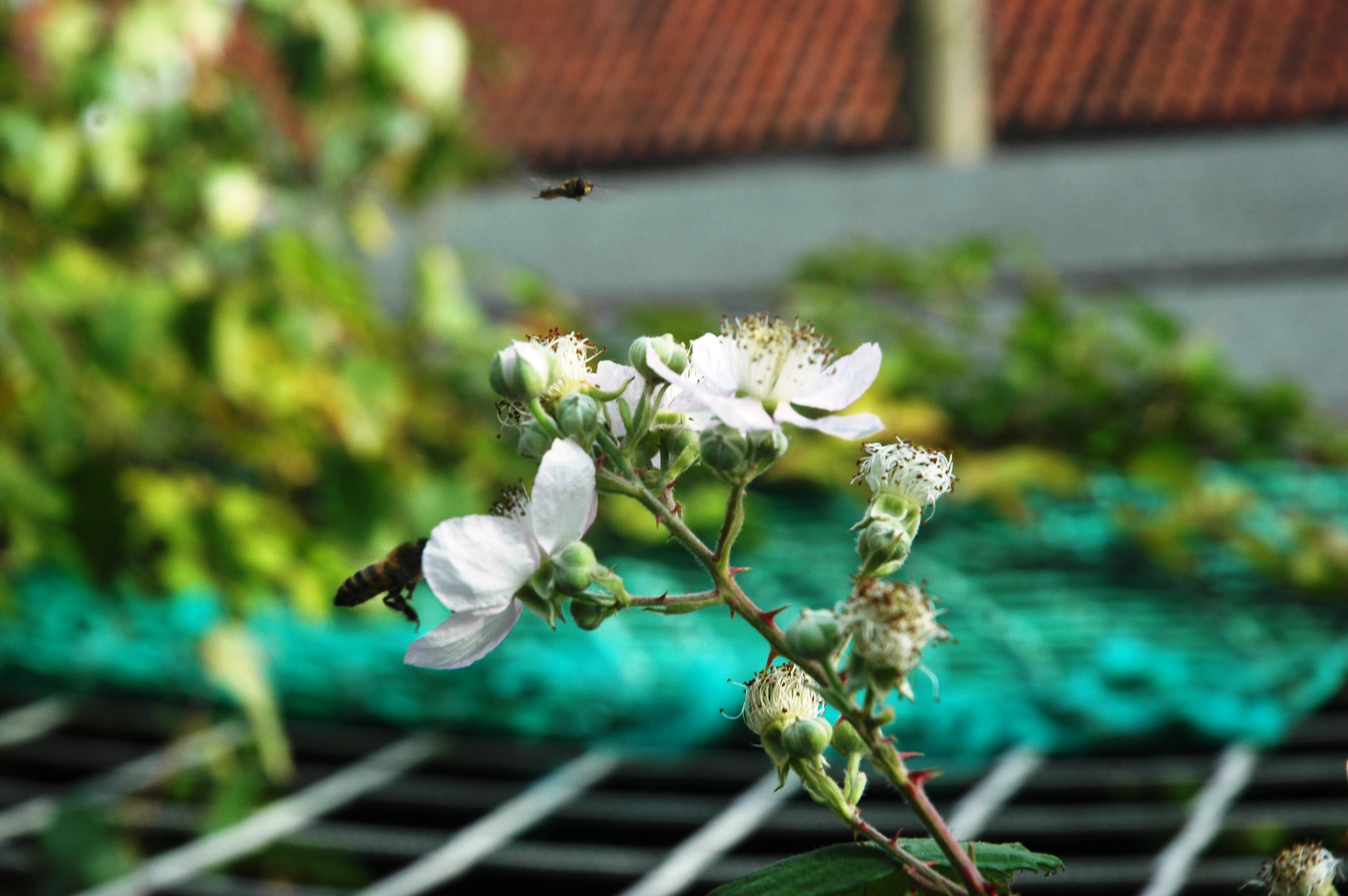 Here’s a bee and a hoverfly buzzing around a newly flowering bramble in my garden in North Norfolk today – Halloween 2014, 31 October.  This is supposed to be when nature is going to sleep – undoubtedly the pre-Christian origins of the belief in what led to ‘Halloween’ – when trees safely shut down into frost-tolerance for the winter, when insects and other animals hibernate or go into over-wintering conditions.  Not when spring flowers start to bloom.

The temperature is 17.C.  The “long term average” here from 1981 – 2010 was 14.4 for October and 10.2 for November … and before that 30 year ‘climatology’ ?  Something lower.  It’s about time weather forecasters stopped saying “how well we are doing” when they report ‘above average’ winter temperatures, and start admitting that we are doing badly.