No Alarm, No Reaction. No reaction, no action. 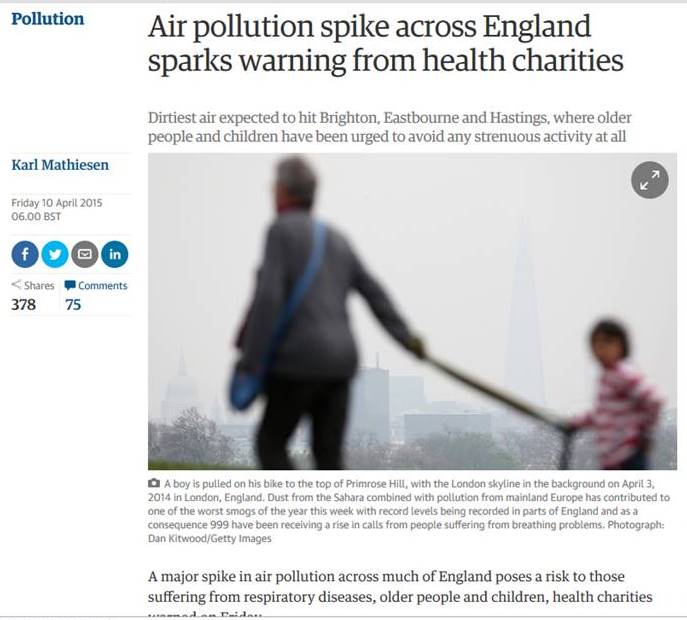 Today England is bathed in a soup of health-damaging smog but there is very little public reaction. Some of the press is more interested in the possibility that Saharan red dust might fall on Britain: “‘Blood rain’ to fall on Britain” says the Daily Telegraph.

At one time, when air pollution exceeded WHO or EU limits for air pollution, the government funded (Met Office) weather forecasts used to feature visible warnings like red triangle icons. Not any more.

The dust would be visible and is an either/or phenomenon. The health thresholds get crossed but no alarm goes off. 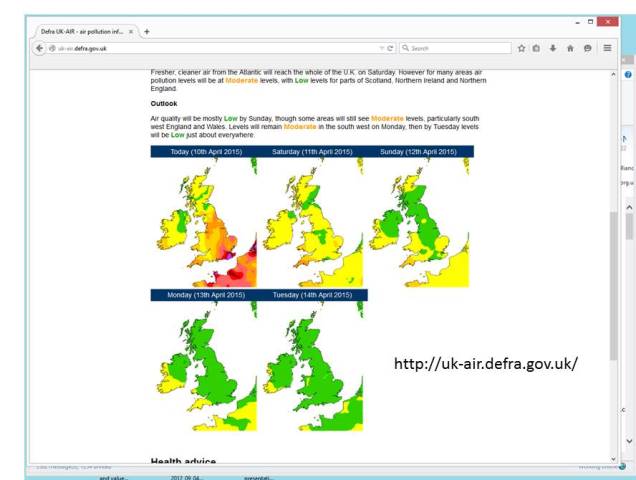 The government still issues ‘warnings’ but they are blandly worded and coupled to reassurance that it will go away soon.

A Defra spokeswoman said: “This is expected to clear on Saturday and pollution levels will return to low throughout the morning.”

You also have to dig for the information and when I just looked the UK-Air site was offline. 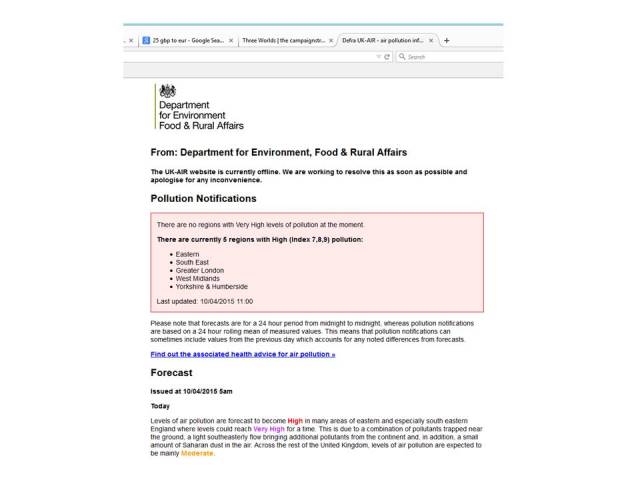 When levels reach the government’s ‘High’ category it advises:

There is no do or don’t call to action here. It has qualifiers like ‘may’, ‘if’ and ‘reduce’. There’s no threshold action such as ‘stay indoors until’. Nothing to interrupt customary behaviours, which as anyone in the business knows, is necessary to make most people notice and actually change behaviour. No ‘leave your car at home’ for instance, no instruction to factory owners to cut back pollution.

For the population in general it says:

Not exactly alarm bell stuff.   Reference to sore eyes or throats frames it as a very minor problem. There’s no call to action which might lead to a wide public conversation and to questions such as “what’s going to be done about this”. Which is, I guess, the idea. 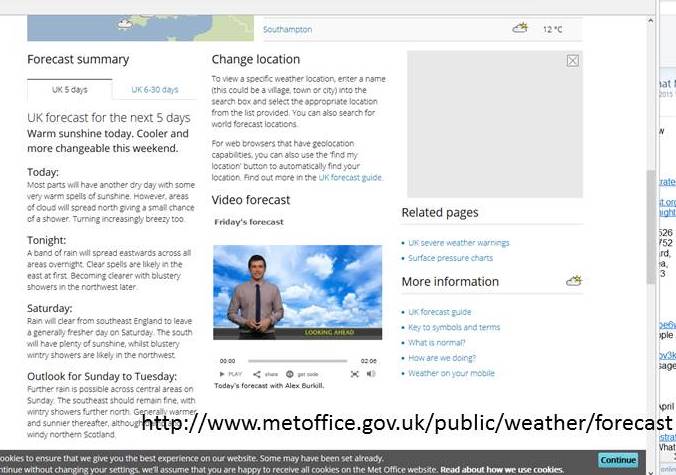 Most people just think it looks ‘a bit hazy’ in the sunshine. It’s been building up for days: I’ve been at the E Campaigners Forum in Oxford (ECF2015) with hundreds of campaigners but nobody said anything about it there. If the campaigners aren’t noticing, then politicians who want to avoid doing much about it (as it involves hard stuff like reducing traffic pollution, which Britain has been failing on), have little to worry about.

It’s left to some of the media to say black and white things like “don’t go running” today. 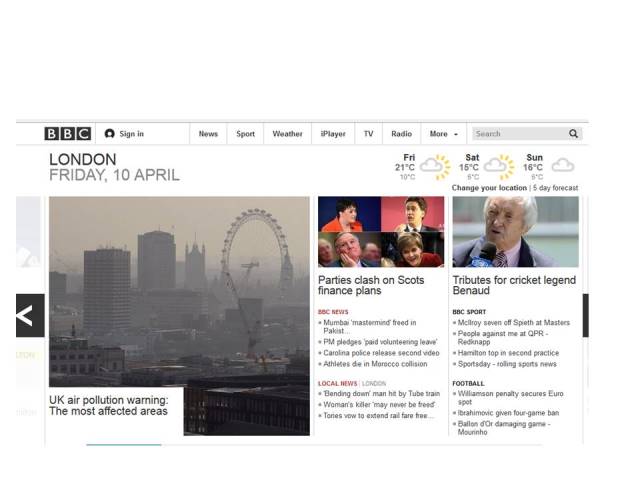 When air pollution levels break legal thresholds for health and nobody takes much notice, you know they have been successfully decoupled from politics: it’s a non-issue. If anti-pollution campaigners want to get some action, they need to focus on setting some triggers that call for clear public action, which are visible and create social proof (signs that other people are doing something). 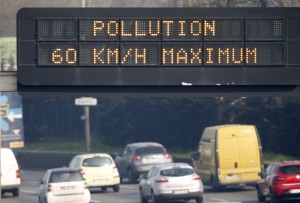 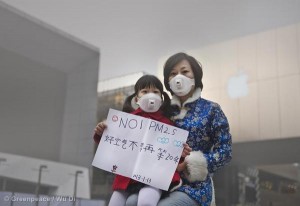 There’s an election campaign underway in Britain today but the parties arguing about other things, such as Scottish finance, a ‘sausage roll probe’ for UKIP, rail fares, and rents. Tells you all you need to know really.

Professor Paul Monks, chairman of the Air Quality Expert Group, said air pollution is not taken seriously enough because it is an “invisible menace”. (BBC)

“If they can’t see it they often don’t think about it,” he said.

Professor Monks said the levels of air pollution had reduced since the 1990s, but warned that the levels that remain are a “persistent problem”.

“This episode at the moment is one of about a dozen episodes a year,” said Simon Birkett, founder of campaign group Clean Air in London.

“Day in day out the average levels of nitrogen dioxide on many roads in central London will tend on average to be the highest in the world.” 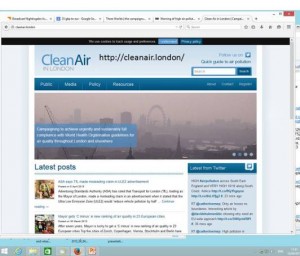