The Great Thinning and The Moth Snowstorm

“it’s the loss of abundance itself I mourn … people over the age of fifty can remember springtime lapwings crying and swooping over every field, corn buntings alert on each hedge and telegraph wire, swallow aerobatics in every farmyard and clouds of finches on the autumn stubbles; they remember nettle beds swarming with small tortoiseshell and peacock caterpillars, the sparking pointillist palette of the hay meadows, ditches crawling and croaking with frogs and toads and even in the suburbs, song-bird speckled lawns and congregations of house martins in their dashing navy-blue elegance … but most vividly of all, some of them remember the moth snowstorm” (p 100) 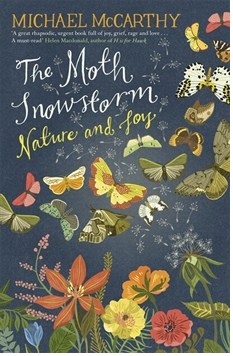 All campaigners for Nature should read The Moth Snowstorm.  The title refers to an experience which few young people have ever known, if they live in a country subject to industrial farm chemicals.  It’s both a warning and a benchmark: it should help re-set our ambition to safeguard Nature where it remains, and shows the abundance and quality of Nature that we should recover, where it has been lost.

It used to be that people had to stop their cars at night to clean the windscreen of squashed ‘bugs’. Likewise moths used to gather around lights at night or beat their wings on the windows of lit rooms. Now that is rarely seen by most children in a country like the UK.  It still happens in the movies.

‘The Moth Snowstorm’ refers to the way that at night on a dark road, you sometimes saw so many moths caught in car headlights that it resembled driving into a snowstorm.  No longer.

As Michael McCarthy recounts, this ‘Great Thinning’ of nature took place gradually, and hardly anyone noticed how bad it was, or at least nobody counted it.

I was a Countryside Campaigner in the early 1980s, and we were fighting the outright ripping-up of old meadows and ancient woods by farmers backed by government subsidies. Then as a Pesticides Campaigner, I could see that the countryside was bathed in poisons that had to be damaging but there were no surveys to draw on.  Next our most pressing concerns became tropical deforestation, ozone depletion, acid rain and climate change: such happy days.  As a result I have several of what my partner calls ‘the Suicide Bookshelves’.

McCarthy has not written one of those doom laden prophecies but as he says, it was not until around the turn of the century, when scientists at Rothamstead Research Station in Hertfordshire published data from a long running survey, that it became obvious that something horrible was happening. That survey showed 80 species of moths had declined 70 percent or more between 1968 and 2002, and 20 of these had declined by over 90 percent.

Since then we have become aware that this is all part of the same massive decline in insects that includes bees, butterflies and many other creatures. The main cause is undoubtedly pesticides (including herbicides which kill ‘weeds’ that insects, and thus birds, depend upon). Could factors like car pollution play a part ? Possibly, though there is no data I know of but we know for sure that insecticides kill insects (and though most people don’t realize it, so do many herbicides, fungicides and other -cides).

In 2004, in perhaps it’s best ever public engagement project, the RSPB ran a ‘splatometer’ survey. 40,000 people British drove around with a cardboard grid on their car number plate on a routine journey in June, and recorded the number of insects killed and distance traveled. The result was an average one dead insect every 8km. A similar project in the Netherlands found one insect every 5km. That’s a long way to fly for a mouthful if you are an insect eating bird trying to feed the family.

Thus many birds, flowers and insects still described in book as ‘common’ are now ‘scarce’ or ‘rare’. Indeed, ‘Rare’ is becoming the new ‘Common’, and if allowed to continue, Nature as our parents knew it, is finished. Like Nightingales: declined over 90% since the late 1960s, and even Song Thrushes, declined 51% from 1980 – 2009.

McCarthy’s book should be a wake-up call for anyone who cares about Nature, and a warning for those in European countries like the Baltic States where an inadvertent side-effect of decades under Communism meant the onslaught of agrochemicals was delayed, and more nature survives, or for brave little Slovenia which is something of a European role model in restricting farm chemicals. Even more, should it ring alarm bells in the less developed world, the current big market for the agro-chemical companies selling substances like Neonicotinoids.

Michael McCarthy is a working class boy from Birkenhead, the town across the River Mersey from Liverpool. There he discovered wildlife and wildness, and this book is part autobiography, peppered with references to the Beatles, the Rolling Stones and contemporary events like the ‘Earthrise’ photo taken from Apollo 8, that marked the emergence of environmentalism, and indirectly led to M J McCarthy, a leading environmental journalist at The Times and The Independent.

The sub-title is ‘Nature and Joy’ and McCarthy describes how at the age of fifteen, at a very troubled time of his life, he encountered Joy through discovering nature. It is he says, ‘a wholly appropriate name for the sudden passionate happiness which the natural world can occasionally trigger in us, which may well be the most serious business of all’. 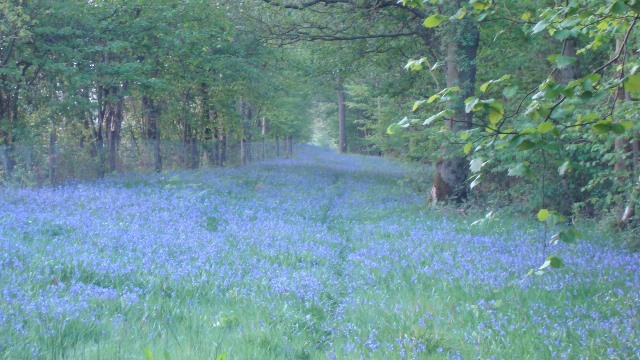 ‘Each time I stopped at the gate, “I said to myself I know what is in there …”

It was a blue.

It was a blue that shocked you.

It was a blue that made you giddy.

If I have a criticism of this book it is that he has rolled three into one, and thus not had time to develop any of them to their full potential.

The McCarthy autobiography would be all the more interesting if there was more ‘inside track’ from his decades around the news system and politics.

The idea – and that is an inadequate term – of ‘Joy’ as a launch experience or launch-pad for campaigning for Nature, he has a good go at but is a big idea in itself that could be explored much further.

Finally, ‘The Great Thinning’ would not be so depressing or so ‘over-50’ for those under 50, if there was more on what can be done, and is being done.

The remarkable 3,500 acre re-wilding project at Knepp for example, described in a recent Ecologist article.

But McCarthy has done conservation and the environment movement a favour by writing this book, which deserves to be widely read, and acted upon. 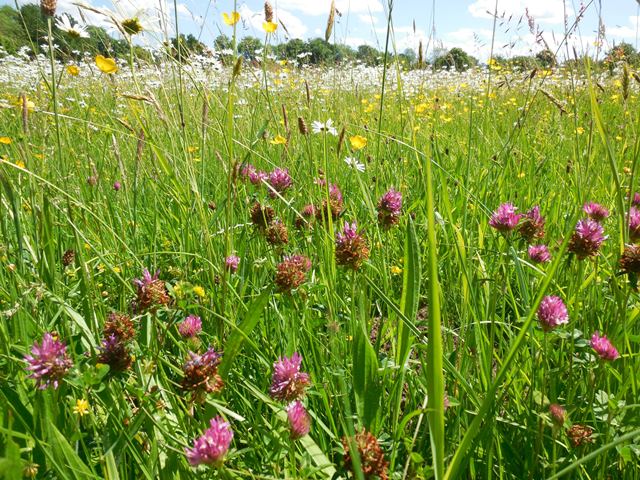 (above: Fritton Common, Norfolk in 2014 – a traditional hay meadow – these used to cover much of England)

1 Response to The Great Thinning and The Moth Snowstorm