Warnings of the Splatometer: the New Desert 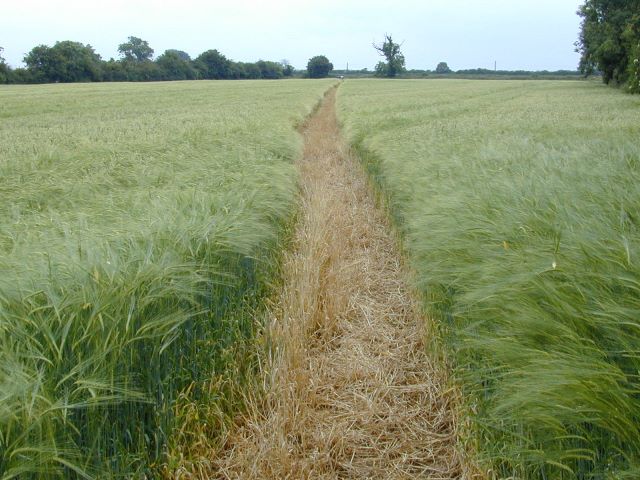 Phil Rothwell is now a consultant biologist who worked for many years for the RSPB, Environment Agency and other organisations.  His story reminds us of how dangerous it is if campaigners simply adjust their ambitions to a ‘new baseline’.

Chris – your mention of the Splatometer used by the RSPB to inject a bit of citizen science into the agriculture and conservation debate brought back a flood of memories of agriculture campaigns and debates in the 1990s.  Unfortunately, it seems we may not have heeded the grim findings of that simple campaign device.

It was Karen Rothwell (my wife, and then Head of Marketing at RSPB), who organised a number of focus groups to test opinion and seek triggers help us energise  and popularise the CAP reform campaign that we in RSPB ran at the time.  We wanted to find a way to motivate the public to think abut the impact of cheap food and agricultural management on wildlife.

The focus groups were really insightful and helped a great deal. But one participant stood out in capturing, in a sentence, a very graphic example of his experience of the countryside.  He was in his sixties and from High Wycombe.  He professed to have been a cyclist all his life.   He said that biggest difference between cycling in his youth, and cycling in the 1990s was that he could now cycle through country lanes with his mouth open and not have to swallow or spit out insects as he recalled doing 50 years previously.

This insight triggered memories in all of us old enough to remember when petrol was 4 gallons to £1, and any trip out in the car required regular stops to wipe insect debris from the wind-screen.  In those days (the 1960s), petrol stations kept scrapers and  squeegees in buckets of water next to the pumps for that specific purpose.

The ‘splatometer’ was invented by the RSPB research team as a way of gathering data and raising awareness of  one of the impacts of changes in agricultural practice over time.

The insect splattered windscreen or lack of it became a bit of a symbol of the declining abundance of our wildlife, alongside the skylark and grey partridge.

This was powerfully reinforced by a trip that we took to look at farming in Poland and Eastern Germany.  Not only were we struck by the diversity and richness of the agricultural landscape, and the variety of habitats that folded around the farmscape but the insect splattered windscreens in the region brought back the memories of past travel, and the truth our High Wycombe cyclist reminded us of.

A a couple of well traveled birdwatchers, who had driven across the continent from the Channel, also reported that you could almost measure the increasing intensity of insect strike as they drove through Holland to Germany and on to Poland.  Stops to clean the windscreen came with increasing frequency the further east you went.

Pondering on this today, it is clear that an insect less windscreen has become the new norm and for anyone under 40, a countryside without insects is situation normal, just as it is usual not to see skylarks or any other agricultural wildlife.  It’s been mostly  lost along the way.

A 1990s trip to a see Suffolk farm with the farmer and his father, sticks in my mind.  The older man who had passed management of the farm on to his son some years earlier.  As we stood in the middle of a wheat field looking a dry, hard soil, with cracks in it that you could lose a 12 inch ruler down, the young farmer said that he failed to understand the fuss.  The land as far as he was concerned, had always been like this, and for him a skylark- free field was normal and always been so.   It was his father who corrected him and confessed that much had changed, the soil seemed less alive and the farm had changed its cropping patterns significantly.  He recalled that when his father had passed the farm on to him there were lapwings and skylarks in the same fields.   There were also sheep and cows and pasture, now all long-gone as the once mixed farm had given way to a winter- sown monoculture.

Thus the new desert has become the new norm.

Notably, at this time the NFU (National Farmers Union)  tried to have the start date for the (now annual) farmland bird population surveys brought forward to reflect the new reality, and so conveniently lose the declines of the 1960s on the way.  A practical example of how shifts in perception to reflect new and impoverished norms can come about.

(See also in a similar vein, No Alarm, No Reaction. No reaction, no action.)