This blog is re-posted from Tom Burke’s blog at E3G and was originally published in Green Business.  If you want to understand what’s really going on in the climate and energy arena, this is a very good place to start. 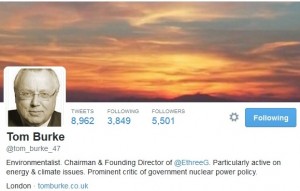 The politics of climate change is changing. Astonished listeners at a recent conference in Paris heard the Saudi oil minister, Ali al-Naimi, announce ‘one of these days we are not going to need fossil fuels’. He went on to make it clear he was thinking in terms of decades not centuries. Then he said, ‘I believe solar will be more economic than fossil fuels.’

This cannot have been comforting listening for oil industry moguls already disturbed by the accelerating momentum of the global divestment campaign. Just how disturbed they have become is clear from the report that Shell, BP, Statoil and Eni are about to announce the formation of new industry body. Its purpose will be to get the industry speaking the same language.

“They have always deeply believed that governments would promise much and deliver little on climate change. Now they are beginning to wonder.“

This follows a series of speeches from oil industry leaders around the world on the theme of getting their voice ‘heard by members of government, by civil society and the general public’. The idea that their voice is not already being heard, loud, clear and often, by governments is laughable. So what can they possibly mean? A seam of doubt is starting to run through the industry’s innermost councils. They have always deeply believed that governments would promise much and deliver little on climate change. Now they are beginning to wonder. They have also believed deeply in their dominance of energy markets. That belief, too, now looks under threat.

Governments are fickle friends at the best of times. The early politics of climate change were driven by scientific knowledge. By 1992 governments at the Earth Summit in Rio agreed there was a problem. Then they quickly put off taking effective action. By 2008 action was unavoidable. Something really would have to be done. The two degree ‘threshold’ of danger was accepted by global leaders.

At Copenhagen politicians looked closely for the first time at what avoiding danger would mean for their economies. They baulked again. By this time the dry analyses of science had been given dramatic political life by validating events. Most people in most countries now believe that human beings are changing the climate.

Experience has now replaced knowledge as the primary political driver of climate action. As Harold Macmillan replied when asked what he feared most, ‘Events, dear boy, events’. Or, as we might say in these more vernacular times, ‘Stuff happens’. ‘Stuff’ is now happening to the climate.

Politicians are skilled at ducking the facts. Events are more difficult. It is just beginning to occur to oil industry leaders that governments may do more than they expected. Not enough to solve the problem, perhaps, but a lot more than would be comfortable for them.

Furthermore, other voices are beginning to compete for the ear of government. Unilever’s Paul Polman told a recent conference that extreme weather had already pushed up his costs by £316 million. The dominant business voice in the climate debate, however, remains that of the fossil fuels industries and their customers.

This leaves governments facing a choice between today’s winners (oil companies) or tomorrow’s possible winners ( renewables and efficiency). For governments this is a no brainer. You back today’s winners. Polman’s intervention implies that this comfortable asymmetry may come to an end.

The real costs of climate change are already falling on tens of thousands of businesses around the world. But they are not being captured. The high level aggregates used by economists to estimate these costs conceal more than they reveal. They significantly underestimate the impact of a changing climate on business. As global temperature climbs inexorably beyond 1°C towards 2°C over the next decade these other business voices will grow louder.

This will present governments with a different political equation. The choice will be today’s losers (the non-fossil businesses) plus tomorrow’s possible winners or today’s winners. This equation does not resolve so favourably for the oil industry. In any case, they may not be winners for as long as they think.

Tomorrow’s winners are becoming today’s winners far more rapidly than anyone forecast. Deutsche Bank recently published a report on solar,  pointing out that it is now at grid parity in more than 50% of countries. They are not alone. Citi has announced the establishment of a $100 billion fund to invest in renewables. The fossil fuel consultancy, Wood McKenzie pointed out that solar farms were already displacing gas-fired generation in the US. Renewables compete directly with gas putting the oil companies’ balance sheets under further stress.

Climate events on the one hand and accelerating deployment of renewables on the other now threaten the political support the industry has assumed. Governments will not abandon the oil industry. They rely too much on it for taxes and dividends. But the industry fears they will bend too far. The point of raising their public voice is not to tell governments things they already know. Its real purpose is to muddy the waters of public debate to reduce the danger that governments will act soon enough to keep the climate safe.