Politically, you could say things look terrible for the December Paris Climate Summit.   Europe is looking the other way, towards its refugee crisis. Germany, in most ways Europe’s model for what can be achieved on climate change, is at the centre of that maelstrom. Britain, in a tantrum of domestic politicking by George Osborne, has thrown its policies into reverse, subsidising fossil fuels and slashing government backing for renewable energy.

The international council of ‘Elders’ has warned there are only five negotiating days left before ‘Paris’ and despite Obama’s new found enthusiasm for climate action, the draft agreement is still as much holes as substance. NASA has announced that 2015 looks like the hottest year on record and ongoing climate change is boosting weather impacts such as El Nino and ice melt but that has done almost nothing to prioritise climate action on political and media agendas. 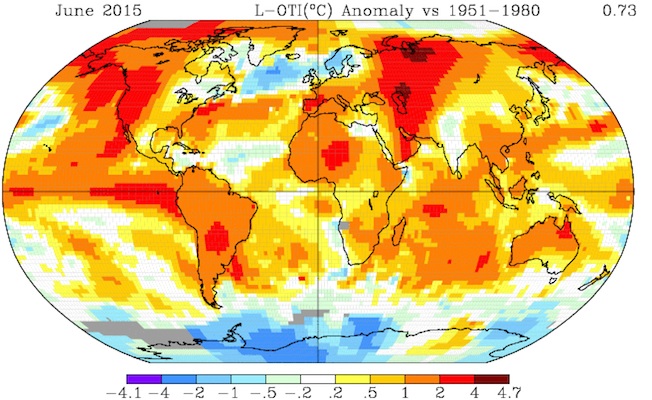 Campaign groups will continue to put effort into the formalities of Paris event but the political plumbing of the Framework Convention machinery is so dysfunctional that the actual text may deliver very little.

But just having the ‘summit’ will create a moment of international attention for climate change, and it’s what goes on around it that can make a real difference. To do so campaigners should aim to galvanise support for what’s needed, not what appears to be possible within the ‘Framework Convention on Climate Change’.    For what they are worth, I’ve got two suggestions that are within the scope of what campaign groups could achieve, one on the demand side, one on the supply side.

Giving A Green Light To Renewables

I don’t mean rhetorically but literally. In a nutshell, I suggest a global campaign to put green lights on renewable energy technology: solar panels (pv and thermal), wind and other tech, including electric vehicles.

Why is that important ? Because as has been said countless times, to have a hope of constraining climate change within livable limits we need a much faster move out of fossil fuel use. To do that we need universal renewable energy. To get that we need policy action as well as technological innovation. To get that we need citizen and consumer backing and confidence, so that fossil fuels become psychologically and thus politically disposable.

Consider a ‘filling station’. Prominent petrol or ‘gas’ stations adorn every highway. They register on our unconscious map of what-is-real and what-is-true and how-the-world-is (through Kahneman’s System 1 intuitive reasoning which dominates our lives). Every time we use fossil fuels and see its symbols such as oil company brands, that reinforces the idea “we still need oil”.

The assumption of ‘need’ is the emotion that keeps politics, and hence policies and economies, shackled to coal, oil and gas.

Most oil, coal or gas PR and advertising does its best to maintain this lockstep. It plays on basic Maslowian security needs for safety, security and certainty.

In Britain, British Gas airs thousands of tv ads which subliminally equate being a good parent and having a safe home for your kids, indeed keeping the whole world a safe place for them, with burning gas. “At British Gas we understand there is no place like home. That’s why we offer products and services to help you look after your home”. Technically, it’s a great ad (watch it). Campaigners could attack such ad’s but until politicians see promotion of burning fossil fuels in the same way that they see promotion of burning tobacco, the rules governing advertisements mean it is probably a waste of time.

Instead, we could do something to begin to redress the balance.

A huge amount of communications research shows that such below-the-radar (intuitive, System 1) signals have a massive contextual effect and are wide open to influence.  Social proof of change is one such effect.

In many previous posts and Campaign Strategy Newsletters, I’ve argued that this is where the chief proponents of climate action (climate scientists) have repeatedly fallen flat on their faces: by trying to apply Kahneman System 2 (analytical, supposedly ‘rational’) arguments in order to get behaviour change and policy change, which depend fundamentally on the intuitive System 1.  I summarized it in a contribution to the United Nations Association’s recent report on climate change politics Climate 2020; conclusion: ‘it’s time for a psychological makeover of the UN’s climate communications’.

To me, it seems highly likely that the greater uptake of, and political and social belief in renewables in countries such as Germany and Denmark (as opposed to say the UK) has a lot to do with the fact that they were visibly shown to work.  Seeing-is-believing.  German politician Herman Scheer first called for 100,000 solar roofs in 1998 and it was achieved in four years. “But does solar work ?” died out as a question in Germany long before it did in most other countries.

In Denmark, wind energy was developed on a community-buy-in basis starting with single turbines owned by 20 – 40 families in the 1980s. By 2001 over 100,000 families belonged to wind turbine cooperatives, which had installed 86% of all the wind turbines in Denmark.   In contrast the UK went in for a least cost approach, prioritizing large offshore wind farms which hardly anyone can see, and with effectively no community involvement. Public acceptance of wind energy in Denmark arrived far earlier and is much more embedded than in the UK.  If you’re looking for a ‘theory of change‘ in this idea it’s simply: do what worked before.

Now Germany has over a million solar roofs, as does Bangladesh. And despite the anti-climate postures of its political leaders, 1 in 5 homes in Australia have solar power (1.4m), and the UK 750,000. The US has over 645,000 systems on homes and businesses and its solar sector is growing at over 30% a year. The entire Dutch rail network is expected to be powered by wind energy by 2018.

Nobody seems to know how homes have solar power worldwide (?) but it must be many millions and is growing rapidly.   This is a big platform and a huge potential constituency yet it plays no part in the Climate Convention process which reflects a world-view dated around 1992.

Each solar installation visible to a passer-by is a piece of social proof but it could be amplified.

So I just propose putting green ‘pilot lights’ on all renewable energy installations. Look over any city with tall buildings at night and in many countries they are covered in a twinkling forest of lights but mostly red lights to warn low flying aircraft. Imagine what night-time roof-scapes could look like if every solar panel, be it pv or thermal, had a small green LED pumping out a visual signal “I am renewable energy”.

Green lights for ‘renewable’ could be retrofitted but they could most easily be built into new solar panels and new buildings.  Nearly 60% of all new homes built by major suppliers in Japan now come with solar pv as standard.  If the Catholic Church then put solar on every building in line with the Pope’s Encyclical, there could be a green light for renewable energy on hundreds of thousands of church steeples. It would be a signal that would be noticed by the 1.2 billion Catholics in the world, and many others. If every household with a solar panel was showing a green light, it could say to every member of that household, and to their neighbours, ‘this is part of the solution, change is happening’.   And of course you could put them on buildings which imported their renewables through the grid; maybe in the corner of a window ?

Perhaps the Green Light People would become a category usable in advertising, campaigns or politics, defined not as ‘protestors’ but as mainstream game-changers.

Likewise if all electric cars had a green light visible to other drivers, they would create a constant stream of small reminders that going electric is not just a theory for tomorrow but a reality now. Who could make such a change happen ? Manufacturers and designers could.

People like Elon Musk CEO of Tesla and the bosses of Asian tech companies. 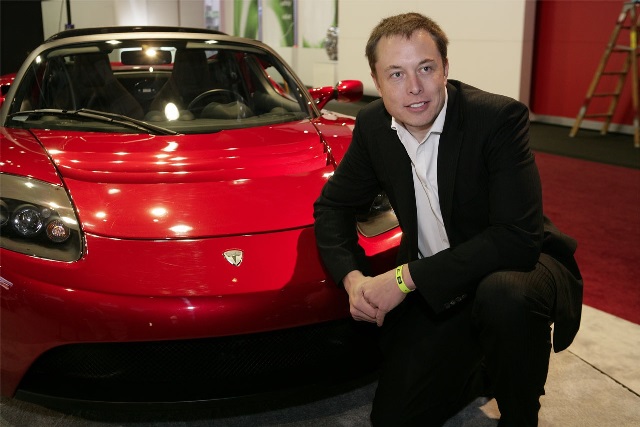 Could campaigners and climate advocates reach such people and would it be worthwhile ? My guess is that the effort would be at least as cost effective as mounting yet more demonstrations urging politicians to do more of what they don’t want to do, or feel they lack support for, at the Climate Convention.

This great article in Vox by David Roberts (Tech nerds are smart. But they can’t seem to get their heads around politics) describes how Elon Musk called Tim Urban, uber-rationalist mega-blogger, and got him to write an explanation of energy, climate change and politics. As Roberts shows, just like climate scientists, geeks and nerds don’t get politics.

Mr Musk, you’d be helping more by green-lighting renewables than by paying for even the world’s most eloquent blog on the ‘rational case’ for why we should all use them. After all, the first Tesla was a talking point because it was a red, sexy sports car, not because of the technical specification.

You may think my idea is daft but at least it wouldn’t be too hard to do. After all NGOs sometimes get rock stars and celebrities onside, so why not rock-star technologists ? And green-lighting Paris would beat putting lumps of melting ice outside the conference centre as something for a President or Pope to play with. Maybe to switch on ?

Oh and by the way, the Eiffel Tower does have its own solar panels and wind turbines.

To give the climate a reprieve we need to speed up retirement of fossil fuels. Retiring fossil fueled thinking is a necessary first step in the carbon end game.

So that’s my demand side suggestion. And the supply-side ? To start a political process to negotiate away the carbon stockpiles. I’ll do a blog about that next.