What if we had rejected the government’s smooth invitation ? A Cautionary Tale from Campaign History 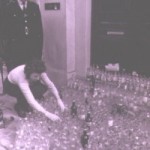 The Schweppes Bottle Campaign was Friends of the Earth’s first famous campaign and perhaps still it’s most famous image.  I wrote about the power of the image and whether or not the success of the image might have actually got in the way of achieving the desired objective, in a previous blog.

Recently I bumped into Richard Macrory who was Friends of the Earth’s in house lawyer back in the 1970s.  He told me a story about what happened after that iconic ‘return-to- sender’ captured the public imagination, which is a cautionary tale for any campaigner.

It suggests that if FoE had remained more intransigent, the UK Government was about to concede the campaign’s main demand of statutory re-use of bottles but instead it offered a place on a ‘Waste Management Advisory Council‘, which FoE accepted and led not to re-use but to recycling.

‘What if we had rejected the government’s smooth invitation’ ? 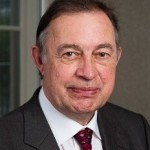 Richard Macrory is now a QC at Brick Court Chambers and Professor of Environmental Law at University College London. He writes:

“I was the in-house lawyer at Friends of the Earth Ltd in the early 1970s when it was still a pretty small organization and one deeply distrusted by Government.

The Schweppes campaign had really put FOE on the map in the UK, and many of my generation who had grown up doubling or trebling their childhood pocket money by collecting and returning glass bottles were deeply offended but the direction of travel towards non-returnables.  When I joined, one of central goals of the Resource Campaign was to secure something similar to the Oregon Bottles Bill 1971 which had introduced compulsory deposits on bottles.

The campaign attracted enormous public support, and at some point the then Department of the Environment approached FOE and said they recognized it was a serious issue but also one that was complex and they were therefore proposing to set up a working party to examine it all in depth, including industry. But they wanted FOE to join the working party.
We had an intense staff debate to decide whether we should join or not.  This, I think, was almost the first time the Government had asked for FOE’s input to such a group.

Some of us were alarmed at the prospect. Were we becoming establishment too soon? I had had some experience of late 60s student politics at university where those in charge used such working groups to put political difficult issues  out to pasture –  everyone got bored talking in detail until it all died away.  Others, including the director Tom Burke, argued forcefully that FOE had always believed in the power of rational argument and facts, here we were being given the opportunity to seriously make our case within government, and we could not duck the responsibility and opportunity.

FOE did indeed decide to join the Working Party (the Waste Management Advisory Council which ran from 1974 to 1990), and as I feared it seemed to sit for ages and ages with little result, and the exciting campaigns on non-returnables simply dissipated.  And maybe there was a sense that these issues often turned out to be more complex that we all initially thought.

Only a few years I met a recently retired civil servant (ironically at a party of Tom Burke’s) and we were comparing notes on our early experience of environmentalism in the UK. It turned out that at the time I was the FOE lawyer,  he was a junior civil servant in the Department of the Environment and had been working on the issue of non-returnable bottles.  He remembered the overture to FOE to join the working party – and then asked me whether I realized that if FOE had turned down the offer, the Government’s response would have been to introduce legislation along the lines of the Oregon Bottles Bill.  They felt we were politically so powerful on the issue that this is what they would have to do, but their first rule of thumb was always to offer a working party to try and diffuse things.

Of course when you are negotiating with government (or indeed anyone) you have very little real idea of your real power, and at what point you should accept a compromise or refuse to talk. It’s a constant challenge. Now it may be that such a Bill would not have survived scrutiny under EU law on free movement of goods – Britain had only recently joined the Common Market and officials were probably blissfully unaware of the constraints the Treaty could put on national initiatives – just over ten years later, the European Court in 1988 held Danish legislation on returnable bottles contrary principles of European law.  But if only we had rejected Government’s smooth invitation  there might have been a few years of an environmental progressive law  on the issue”. 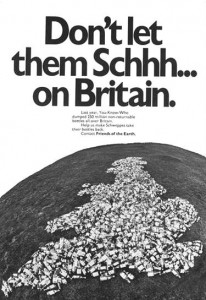 But they did … and we’ve been trying to recycle it ever since. 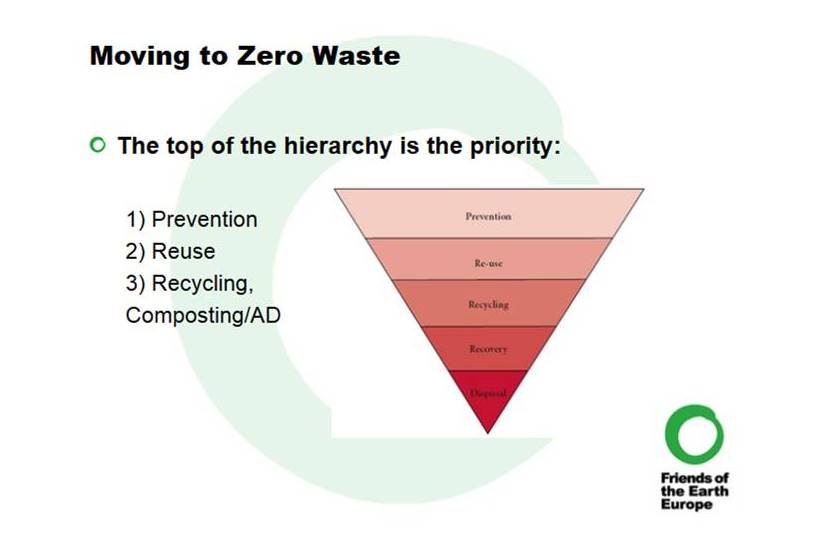 The objective of the Schweppes  action and the resources campaign was re-use but what FoE got was a recycling industry.  Once that was in place it proved very hard to push designers and decision-makers in industry and government, back up the waste hierarchy.  Investment in recycling facilities created a lock-in and defining recycling as a social good thing meant the memory of returnable containers faded.  Of course as Richard points out, nobody can say quite what would have happened had the British Government introduced that Bill but it might have been an even bigger success for FoE than the famous photo.

1 Response to What if we had rejected the government’s smooth invitation ? A Cautionary Tale from Campaign History