Good Friday was the first busy day for visitors in Wells this spring.  Gillying (crabbing) started in earnest and lots of people were out enjoying catching crabs from the Quay. 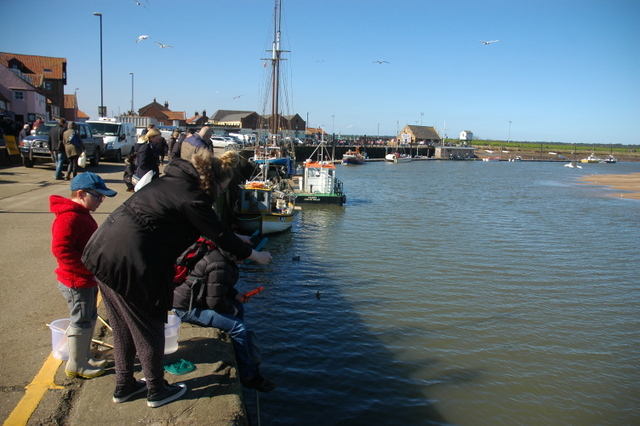 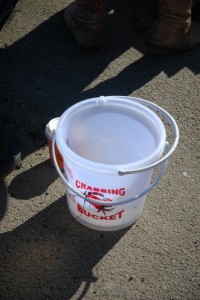 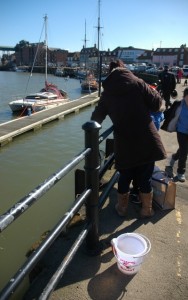 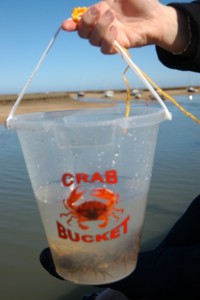 I went down to take some pictures and saw the first plastic bucket of the season floating off on the tide.  Fortunately Nick the ferryman from www.wellsharbourtours.com was working nearby and he managed to recover it before it got under a pontoon and headed out into the marshes or maybe to open sea.  Unfortunately most times nobody is on hand to pull them out and they become flotsam, floating about on the tide until they break down into small bits, and finally invisible but deadly plastic pollution. 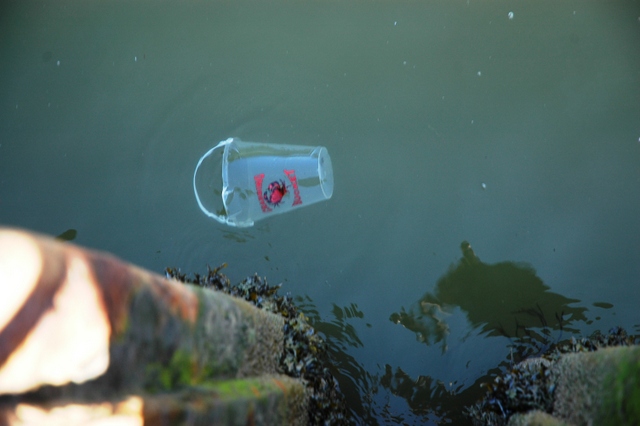 Oops – some new plastic pollution in the making 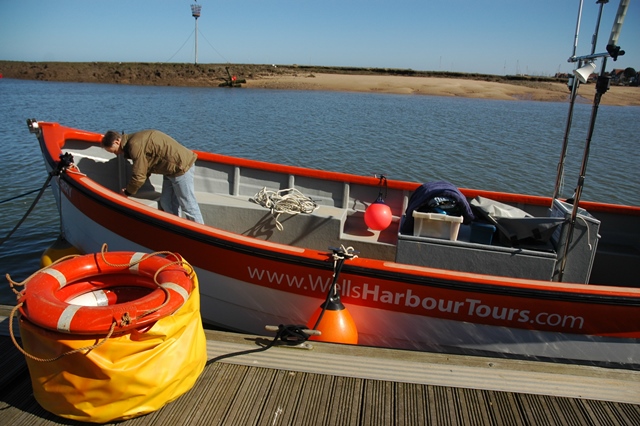 fortunately Nick is working close by 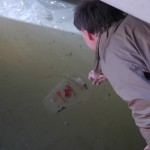 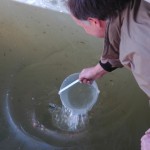 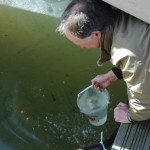 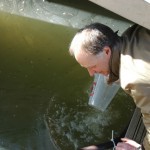 he crawls under the steps on the pontoon and recovers the rogue bucket.  We also found a plastic creel used to hold line for crabbing, attached to seaweed under the pontoon 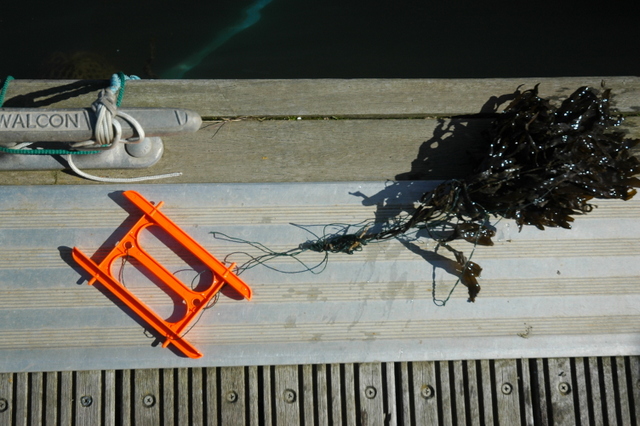 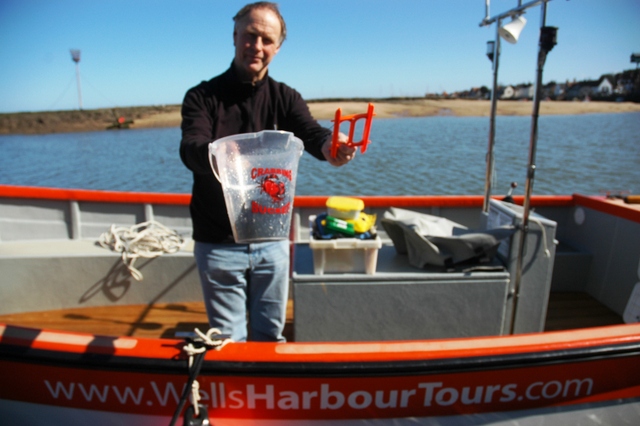 “We see them all over the marsh and along the creeks” says Nick, who takes visitors on tours of the Harbour. 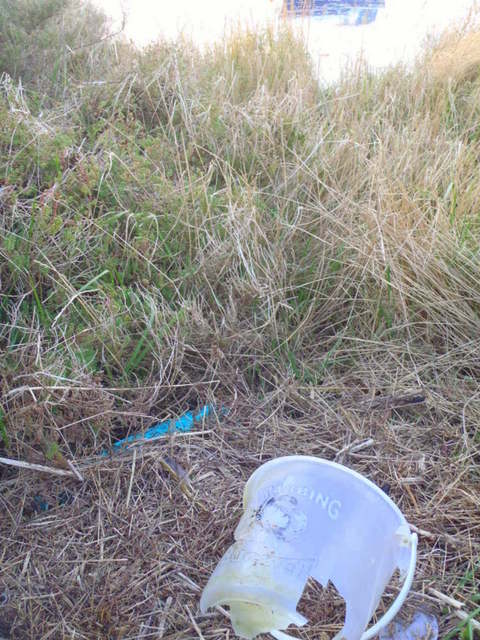 Which is how shiny new plastic buckets can quickly end up as dangerous plastic pollution. 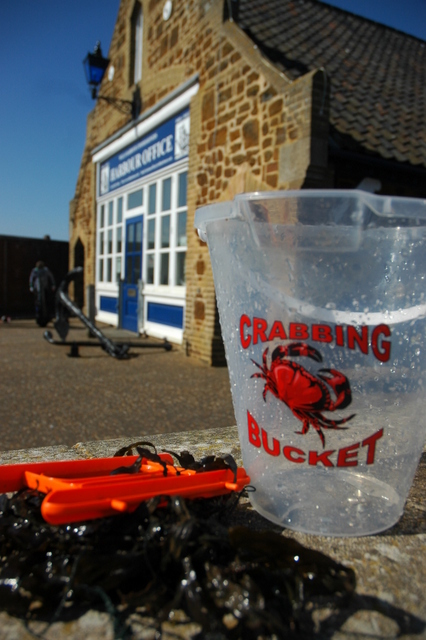 Ones that didn’t get away

Every year some 30,000 plastic buckets are thought to be purchased in Wells next the Sea (England) for ‘crabbing’ or ‘gillying’ as it is known locally. These flimsy buckets are often discarded, becoming plastic pollution.  This endangers wildlife and human health. 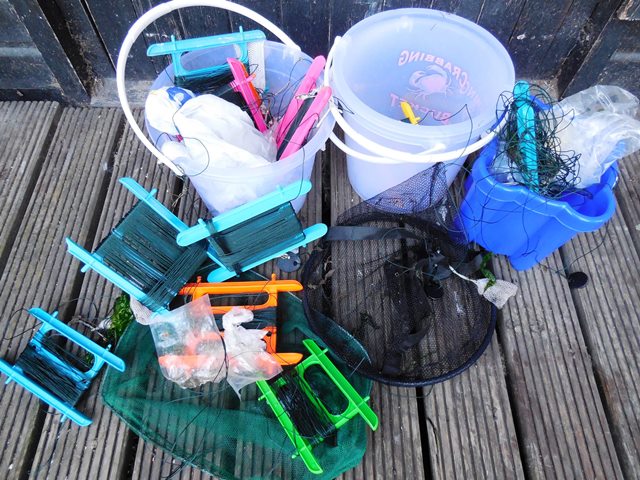 Now Wells Harbour has launched a ‘Healthy Harbour’ scheme to enable families intent on crabbing to use eco-friendly wooden creels for the lines and steel buckets.  The Harbour will hire these out with a deposit and recycle any income into public awareness work. 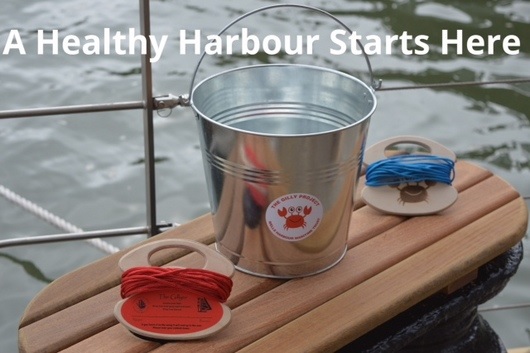 Read more about the Healthy Harbour initiative here (or www.wellsharbour.co.uk) 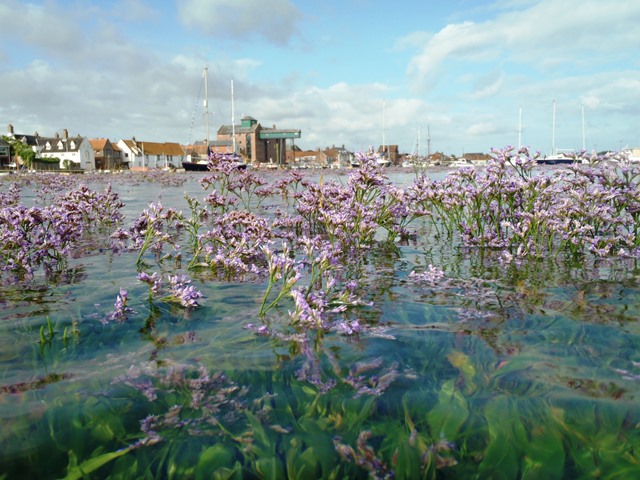 Wells Harbour at high tide with sea lavender on the marsh.  Looks lovely but there’s plastic in the sea 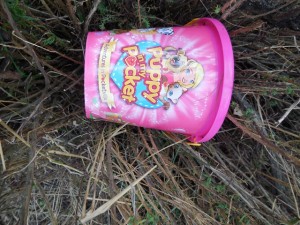 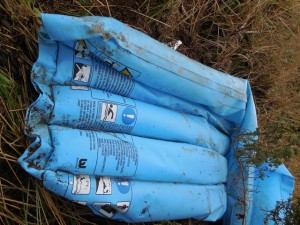 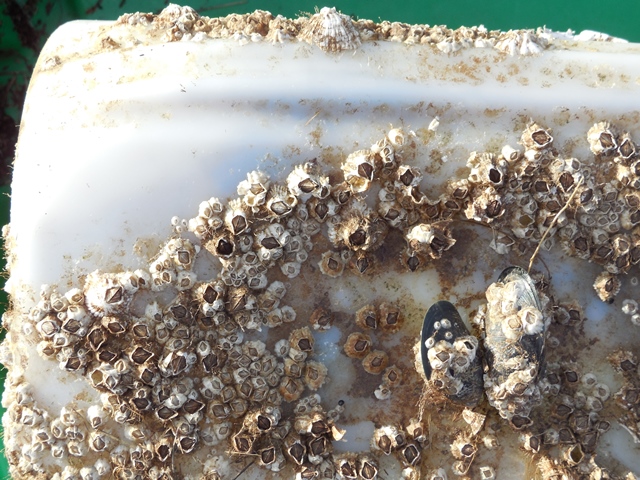 Barnacles and mussels attached to an old plastic drum probably used as a fishing marker found on Wells marsh – eventually even this will break down into tiny plastic fragments.  These end up in fish and seafood. 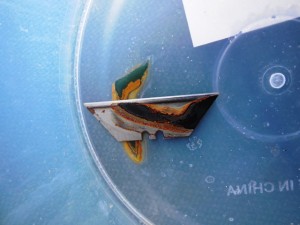 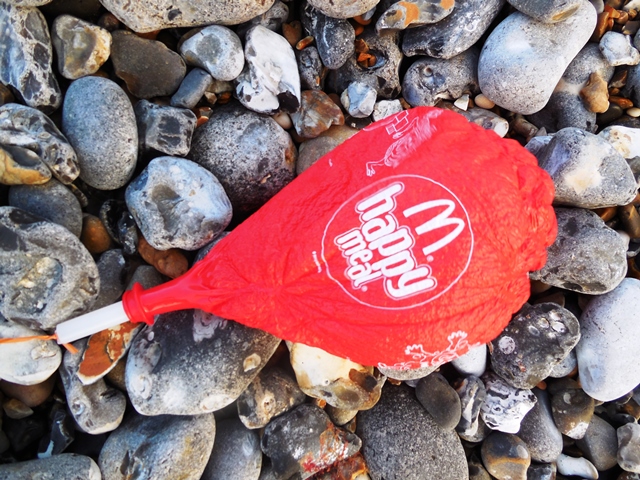 McDonalds Happy Meal promotional balloon found on Cromer beach a few miles away.  Happy for whom ?