Last month I saw a story on Twitter that made me think “that’s a great idea for a movie plot”: an ‘inciting incident’ from which a story unfolds.

Bird researchers had fitted a GPS tracker to an Oystercatcher, a coastal wading bird. First it flew from it’s home near Dublin to the island of Sanday in the Orkneys, north of Scotland.

That was not unusual but then something strange happened.   It embarked on a tour of the UK, again not unusual in itself but this time, instead of visiting rocky coastlines, sandy bays or wildlife reserves, it frequented a campsite, a pizza restaurant and a street in Ealing, west London.  And from its new base in the London suburbs it was reporting on its whereabouts, every two hours.

Surmising that an unsuspecting tourist had probably found the device on a beach and picked it up (they are designed to fall off after a time and be recovered), the scientists went public, offering a reward for its return. 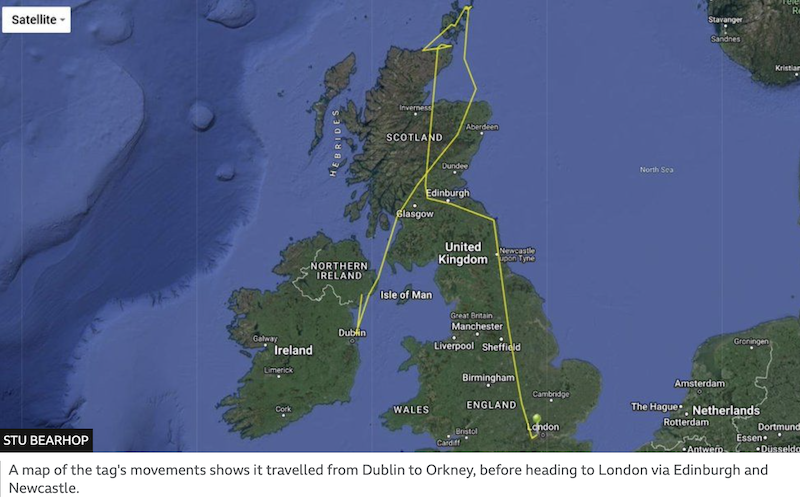 My point for campaign designers is that this created an interesting story.  Your campaign is more likely to ‘work’ and ‘have legs’ in social or other media if it’s interesting.  As journalist Mike McCarthy once pointed out, most campaigns are about something significant but few are interesting, which is why news editors often do not cover them.

So think through your campaign as if you were making a movie.  Story-board it. What comes first?    Try to find a way to create the inciting incident which grabs attention and wants the audience to know more. It doesn’t have to be the very first step in a multi-step campaign, it applies to any important staging post or ‘beat’ in the story of the campaign.

This usually means you have to do-something to make it interesting. Something unusual, surprising, unexpected or strange, or involving a protagonist already of great interest to a target audience, or breaking a record, setting a precedent, recalling a much loved significant moment (significant for the audience): there are lots of ways to be interesting.

That’s why Twitter, essentially a news channel, prompts you with “what’s happening ?”  Not (despite the mass of tweets which do just this) “what are you thinking?”.   Unless you are incredibly powerful or influential, our opinions are not interesting in themselves, campaign groups included.

Nor does just being about an ‘important issue’ make a campaign interesting. Indeed if it is recognized as ‘an issue’ – a matter of contested opinion – that almost signals the opposite: this is probably complicated, esoteric and with no resolution.

If you want to know what happened next to the GPS tag, check out the BBC story.  But why would might you want to know?  Because it’s an unfinished story.  We don’t know the outcome or the consequences.

If the thing that happens has an obvious conclusion, or you are told the ending by the campaigners, that usually kills the story: there is no drama. Which is why the whole of the campaign plan (your intended story plot) should not be communicated at the start of the campaign but revealed, Scene by Scene and Act by Act, through the things you make happen. 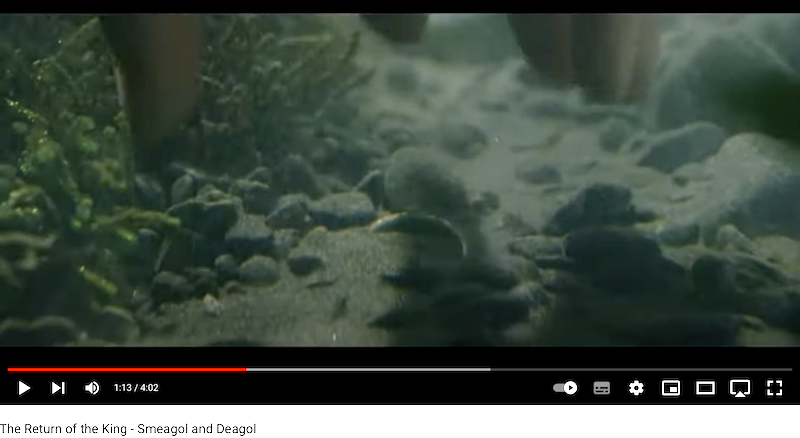 The GPS tag story illustrates one other point which some readers are probably very familiar with.  The tag is a ‘thing’, it’s the grit in the oyster of the story.  Movie makers call such objects a MacGuffin, an object on which the story hinges, like The Ring in Lord of the Rings.  If you can provide one, so much the better.  It makes your story-making so much easier.  And this was a story not about all birds or even all Oystercatchers or why-the-researchers-were-doing-it but about one bird, one tag and one incident.

What’s that mean for campaign design?  Make each step as simple, restricted and binary as possible. Boil it down, crystallise reduce and reduce until it merits no more unpacking.  That will make it easier to achieve your immediate objective, whether you are at the stage of (1) generating awareness by showing the problem, (2) revealing the solution, (3) providing a way to engage, or (4) calling people to action

(If you have interesting campaign examples of a McGuffin or a campaign made interesting, please get in touch or tag me @campaignstrat on twitter.  See also: ‘be interesting’ in the case of a campaign by Friends of the Earth, and, selling a ‘big idea’; and why campaigners should be story-makers not just tellers).