Andrew Taylor of Connect CEE and the NGO Transilvania Executive Education has edited a new book Rethinking Leadership For a Green World (Routledge/ Taylor and Francis). 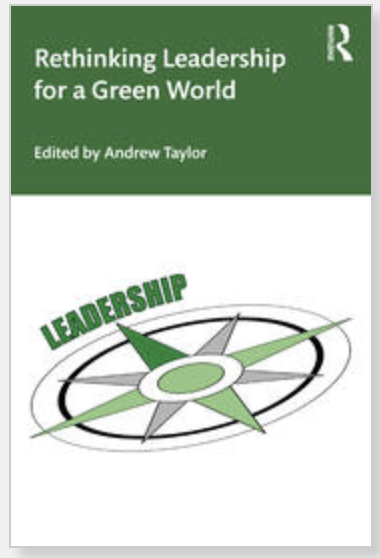 Pat Dade and I contributed a chapter which summarises what we know of change dynamics and leadership through a values lens: Values and Leadership in the Anthropocene. 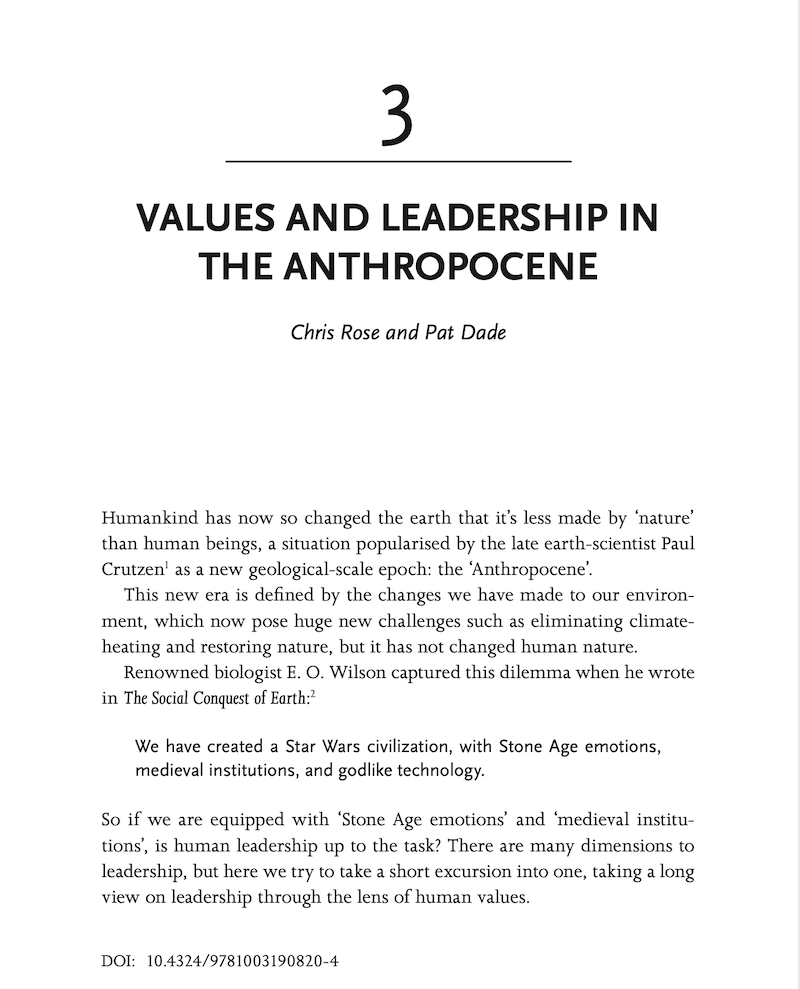 One of our main conclusions is that leadership on responding to issues such as climate change will require respect for the diversity of motivational values.  Values-projection by a Pioneer vanguard can backfire, as if conflicts over change polarise along values lines, they will slow or stop the uptake of necessary social change and new behaviours.  Once values splits arise, they can threaten social cohesion and prevent rather than catalyse change.  We discuss examples such as Brexit and how Pat’s Values Modes model relates to the work of other researchers such as Inglehart, Haidt and Schwarz.

I’ve made an author’s proof of our chapter available for free here.

There are a lot of interesting perspectives and insights in Andrew’s collection, such as The Weaponisation of Climate Change by Elesa Zehndorfer of Roehampton Business School.