Sad news that Oliver Rackham of Cambridge University has passed away.  There are not many revolutionary historians and even fewer who make a lasting impact by inspiring us to save our natural heritage but Rackham was one of them.

His Trees and Woodland in the British Landscape, first published in 1976, remains a classic and unequaled by the torrent of studies and literature on woods that followed. More than anyone else, Rackham proved that Britain still has Ancient Woodlands which provide a living link to our most ancient past.  In so doing he inspired subsequent generations to rediscover ‘woodsmanship’, helped reverse the unsustainable nature of contemporary ‘forestry’, and set a whole new direction for conservation of Britain’s trees and woods.

He claimed only to have coined the word ‘wildwood’ to avoid confusion with hunting ‘Forests’ but to pick this evocative name for the primeval woodland of Britain, coupled with his painstaking proof through fieldwork that we live in a country where the essence of of the wildwood still survives in Ancient Trees and Woods, was a stroke of genius.   He helped ensure the future of our woods by sharing understanding of their past.  He gave ancient trees a voice.  Truly Britain’s greatest living ‘Ent’, now gone back in the wildwood himself.

Small leaved-lime was one of his favourite trees.  He called it a tree of ‘romance and delight’.  Here’s a leaf from the 2,000 year old lime coppice at Silk Wood, by Westonbirt Arboretum. 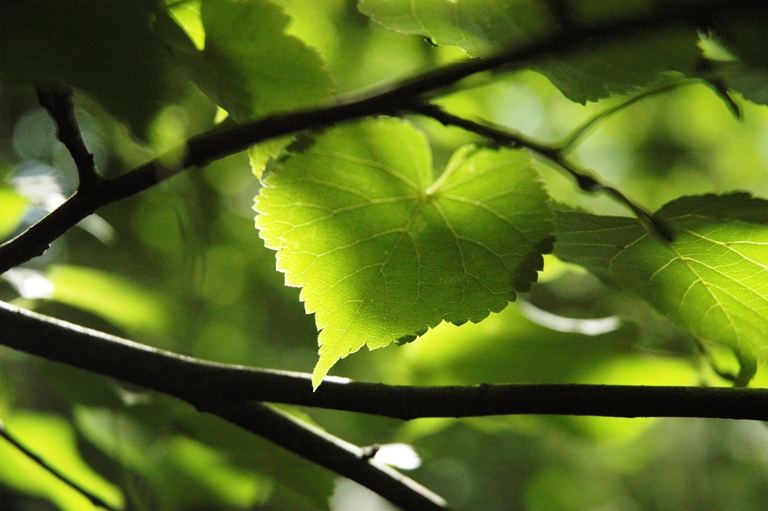