A Strategy Sequence for Your Big Idea 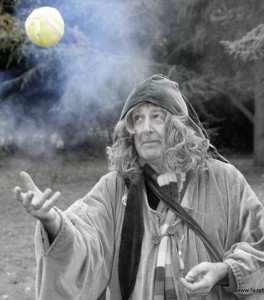 Got a big idea that should change the world ? That’s ok if you can make a better mouse trap but if it’s an idea not a marketable thing, and if it requires collaboration and cooperation, then it’s more difficult to promote. Here’s one suggestion, inspired by ideas that need to get the backing of political leaders or other ‘powerful’ people:

It needs to be taken up by

Probably in that order.

The Authoritative – need to endorse your plan/initiative first. It needs to be interesting enough in terms of who does the endorsing, to be newsworthy and a talking point (a must-know) to the next group.

The Connected – media owners and key media professionals, power-network, fashion-network, social-network, NGO-network, business-network, knowledge-network people. These must cover all the communities of interest who can see there is a reason for them to benefit but can also include social/ knowledge networks who just find it interesting. The purpose of this is to get it actively talked about, partly in order to make it possible to attract the next group.

The Charismatic – these are people others want to meet, see, hear, listen to. This is a much smaller group. One of them must be prepared to take an interest in and at least partly understand briefings from the expert group. One of them at least should be rich. Most importantly, a few of them must be able to become the face of the initiative. They are used to generate popular media etc, can help launch any mass social networking of support, and attract the next group.

The Rich – the rich mainly talk to each other so there needs to be some bridge for introductions from the previous group but the incentive is that they get to meet the charismatic. The price is that they are expected to contribute some cash for perhaps a soft and cuddly or particularly exciting part of the project. Not just because the money is needed but to help imbue the initiative with the trappings of influence and aspiration, so as to send the signal to the next group that this is supported by all types of important people.

The Powerful – politicians in power and others with power, eg CEOs and Chairmen of some large corporations. Despite what they may say, they do listen more to the rich. They also like to meet the entertaining and charismatic. This is the point where you try and close your case on a demand for them to support. It needs to be or lead to a ‘moment’ where all your forces of influence can be brought together.